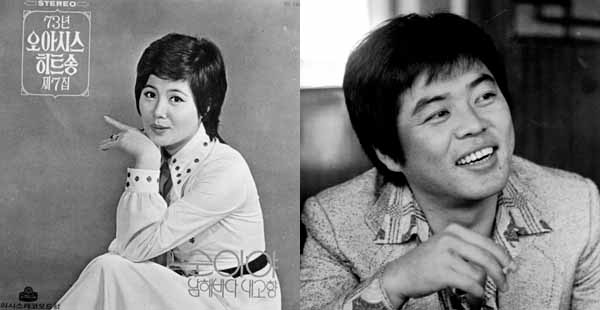 Jo, 65, died Sunday after a bout with liver cancer. Yesterday, 64-year-old Choi died of cancer of the esophagus.

Jo was diagnosed last month and told that her advanced cancer was inoperable. She died at home.

Meanwhile, Choi was diagnosed about a year ago.

Since then she produced hit after hit from the 1960s to the 1990s. Her final album was released two years ago.

Meanwhile, Choi debuted in the late 1960s by entertaining troops at a U.S. military base.

In the ’70s, he rose to fame as guitarist and vocalist for the rock band He6.

The prime of his career was in the mid-1970s when he formed another band, Horang Nabi, which went on to produce the hit “Leaf.”