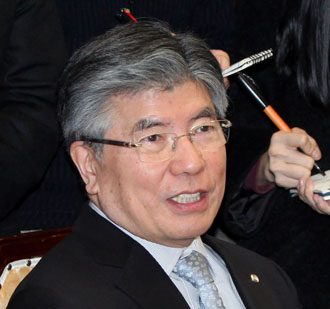 The governor’s appointment was decided during the general meeting of the Bank of International Settlements (BIS) held between Sunday and yesterday in Basel, Switzerland.

His predecessor was the Bank of Japan governor, Masaaki Shirakawa, who served since October 2010.

The main purpose of the ACC is to facilitate communication between the central banks in the Asia-Pacific region with the BIS.

Under the ACC there are 12 member countries including Korea, Japan, China, India, Singapore, Malaysia and Australia.

The Korean central bank governor plans to hold various meetings starting with the roundtable meeting scheduled to take place in Hong Kong in December followed by the BIS ACC meeting hosted in Seoul in February next year.

Kim will serve as chair for the next two years.