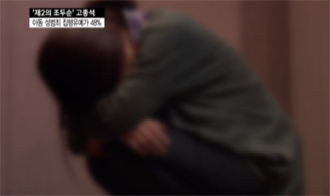 More than one in five ex-convicts end up back behind bars by three years after their release, government data showed yesterday, indicating that enhanced rehabilitation programs are needed to curb the high rate of recidivism.

Of 24,151 prisoners who were discharged in 2007, 5,396 former convicts, or 22.3 percent, were convicted of repeat offenses and returned to correctional facilities within three years, according to the data compiled by the Justice Ministry.

The recidivism rate of convicted drug offenders topped the list at 41.5 percent, followed by burglars at 40 percent, armed robbers at 23 percent, those convicted of violent assault at 22.3 percent and sexual offenders at 17.5 percent.

Eighty percent of sex offenders who were released in the same period under a now-defunct system that gave extra detention to high-risk criminals have ended up back in jail, the data showed.

The so-called “preventive detention of convicted criminals” system, which put former convicts considered to be at high risk of repeating their crimes in a special facility even after they served their full sentences, was abolished in 2005 due to controversy over human rights violations.

State prosecutors in August said they are pushing to revive the system for murderers and sex offenders in response to growing public concern about recent high-profile sex crimes against minors and violent crimes targeting random strangers.

Currently, educational facilities are installed within some local prisons in an aim to control recidivism of drug offenders, the official said. In addition, convicted sexual offenders receive 40 hours of mandatory education and a Seoul prison last year adopted a counseling program for child molesters.

Experts, however, say a fundamental change in the rehabilitation programs offered by prisons is necessary to curb the high rate of recidivism and reduce the likelihood of convicts reoffending after their release.

“The ministry should cultivate personnel who can provide professional counseling for sex offenders,” said Kim Ji-sun, of the Korean Institute of Criminology.