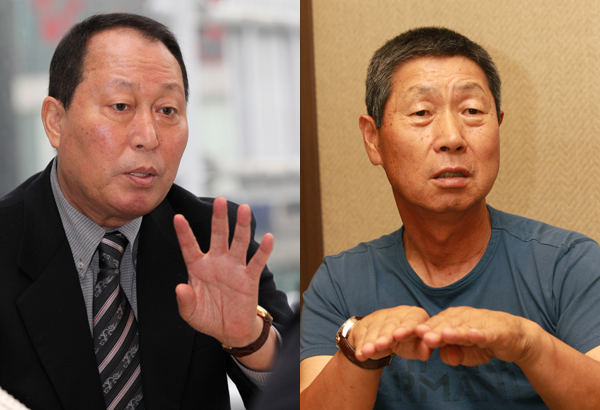 
Kim In-sik, who led Korea during the two previous World Baseball Classic tournaments, may take the helm of Team Korea once again for the upcoming WBC event, sources told Ilgan Sports, an affiliate of the JoongAng Ilbo, yesterday.

With the international competition just six months away, time is ticking for the Korea Baseball Organization to announce its manager and begin preparations.

Japan, who won both previous tournaments, recently withdrew a plan to boycott the third WBC and has entered its process of deciding on a manager.

Under Kim’s leadership, Korea finished third in the inaugural event in 2006 and then second in 2009.

The issue of choosing a new manager for the WBC was actually included on the agenda of the KBO board of directors’ meeting held before the All-Star Game in July, sources said, but it was hardly discussed due in part to other pending issues such as the debate over the creation of a 10th KBO team.

The KBO indeed drafted an internal guideline in 2009, which stipulates that the national team for a WBC event will be managed by the manager of the Korean Series winner the previous year or the year before it, depending on the timing of the selection.

If the KBO abides by the rule, Ryu Joong-il, manager of the Samsung Lions, could manage Team Korea. The Lions, who won the 2011 title, are leading the 2012 league with the pennant race to end in three weeks. The Korean Series is set for next month.

According to sources, however, Ryu and several other top-tier teams who have a shot at winning the Korean Series are reluctant to take the job, citing the preseason training schedule for their respective clubs. The WBC will be held in March, a month before the opening of the new season.

There is no clause to force a reluctant manager to take the job and the KBO may have to show flexibility in deciding on a manager for the WBC if it is put in such a situation, a KBO official told the Korea JoongAng Daily.

A source told Ilgan Sports that all but one or two of the managers of the KBO clubs are supporting an exclusive national manager system, under which an outside manager continuously takes the helm of the national team for major international events. Many of them are recommending Kim as the man for the job.

In April, Ryu and Kia Tigers manager Sun Dong-yul openly recommended Kim for the job, speaking highly of his experience in leading the national team.