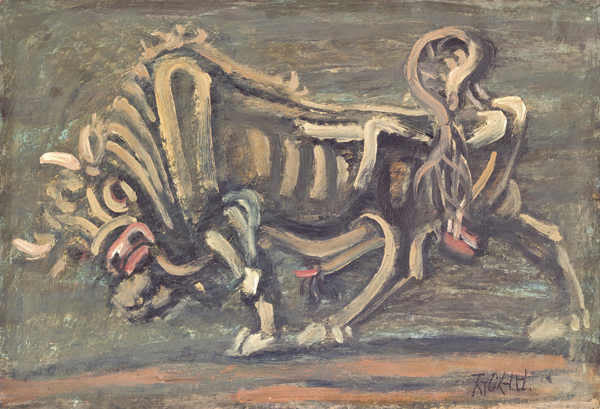 
Seoul Museum, which opened a fortnight ago in Buam-dong, central Seoul, has an ordinary name, but houses at least two extraordinary things that many Koreans have heard about yet never seen in person.

One is Seokpajeong, a 19th-century hanok (traditional Korean house) and its garden on the museum’s back slope. It was a summer house of the powerful politician Heungseon Daewongun (1820-1898), father of King Gojong of the Joseon Dynasty (1392-1910). The house at the foot of Mount Inwang is famous for its beautiful garden that makes good use of the mountain’s bizarre rocks, streams and handsome pine trees. It long has elicited people’s interest, but few could actually visit because it had been privately owned and not open to the public.

Now, the new owner of Seokpajeong, Ahn Byung-gwang, has built Seoul Museum on the lower slopes of the mountain below the renowned structure and opened the Joseon house to museum visitors. Ahn, 56, is founder and chief executive officer of Union Pharmacy and an art collector. 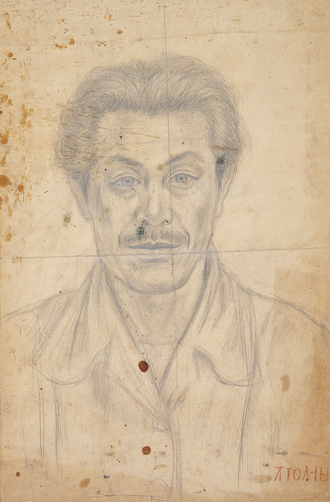 Lee’s self-portrait drawing is also on display. Provided by the museum

Another treasure of the museum is “Bull” (circa 1953), an oil painting by Lee Jung-seob (1916-1956), one of Korea’s most important modern artists. Ahn bought it for 3.56 billion won ($3.15 million) in a 2010 sale arranged by Seoul Auction. It was the second highest price in Korean auction history and became the talk of the town.

The painting is part of the museum’s inaugural exhibition, which focuses on Lee and five other artists who held a group show with him in Busan in 1952 during the Korean War.

When he was in his mid-20s, Ahn became fascinated with Lee.

“I encountered a bull painting by Lee at a window of a frame shop in Myeong-dong [central Seoul] in 1983,” he said at the opening of the museum. “Actually, it was a print copy, but I had no eye to tell a print copy from the original painting at that time. And I didn’t even know the name of the artist. Anyway, the bull picture made an impression on me.

“At first, I thought it was a very ugly bull that is all bones and no flesh,” he continued. “But as I looked into the picture further, I felt the powerful spirit and energy of the bull. So I entered the shop and bought the print.”

Seokpajeong, a summer house of Heungseon Daewongun, father of King Gojong in the late Joseon Dynasty (1392-1910), is open to the public as part of Seoul Museum.


Then he decided that someday he would buy an original; nearly three decades later, he realized that dream. And for the past 30 years, he bought paintings and drawings by Lee and other Korean modern artists.

The museum has six floors, three of them underground. The inaugural exhibition is being held on the first floor, while the museum’s permanent collection of Korean contemporary art is housed on the second floor. And from the third floor, visitors exit to Seokpajeong.