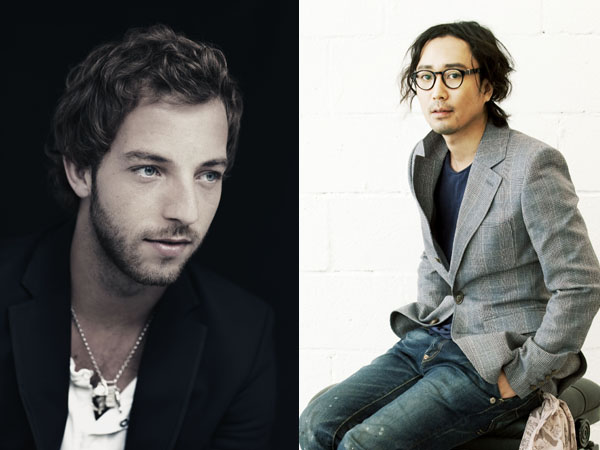 James Morrison, left, will perform alongside Jung Jae-hyung at the Yonsei University Amphitheater on Oct. 7. Jung, who studied in France, is a wellknown songwriter. See MUSIC. Provided by the organizer

Saturday: Following her bravura comeback from cancer, pianist Seo Hye-kyung will perform a program that will include compositions by Chopin and Beethoven.

The concert will begin at 5 p.m.

Saturday: With hit songs that have topped pop charts such as “Moves Like Jagger” and “Payphone,” Maroon 5 is coming to perform in Seoul and Busan after releasing its fourth album, “Overexposed.”

The band will play at Busan Indoor Gymnasium on Friday and Jamsil Sports Complex on Saturday.

Sept. 20 to 23: Nell, a popular Korean indie rock band that has been hugely recognized within the industry, will perform its “Standing in the Rain” concert next week.

The band has been selling out show after show, and this autumn tour should be no different.

Sept. 22 to 23: The nation’s little sister, IU, will be giving an encore concert at the War Memorial Plaza, which will last for two days. IU rose to fame with her hit song “Good Day”, and many praise the singer for her vocal talent at such a young age.

The concert will begin at 7 p.m. on both days.

Sept. 24: Keane, the English alternative rock band, is coming to Korea for its “Strangeland: World Tour,” which started in May. Keane’s 2004 debut album, “Hopes and Fears,” won multiple awards and was the second-biggest-selling British album of the year. Keane is known for using piano as its main instrument.

Oct. 7: Singer-songwriters Jung Jae-hyung and James Morrison will be giving a concert at the Yonsei University Amphitheater on Oct. 7. Korean Jung Jae-hyung is recognized throughout the nation, and after a long break to study music in France, Jung has come back to perform alongside James Morrison. This will be Morrison’s first performance in Korea.

Tracks such as “How Am I Supposed to Live Without You” and “Go the Distance”- the latter, which was featured in the Walt Disney motion picture “Hercules”- are also popular.

Nov. 17: Norah Jones took the pop scene by storm with her debut album “Come Away With Me” in 2002, which swept the Grammys a year later and sold over 30 million copies worldwide. She is coming to Seoul for the first time in seven years. Ticket prices range from 132,000 won to 165,000 won.

Sept. 21 to Oct. 7: “A Journey,” by the late Yoon Young-sun, is centered on the friendship of six men and how they came to support each other in times of hardship.

The performance will start at 8 p.m. Monday to Friday, with an additional show at 3 p.m. on Wednesday. On Saturday, performances begin at 3 p.m. and 7 p.m., and on Sunday at 3 p.m.

To Oct. 7: “Wicked” is a musical based on Gregory Maguire’s best-selling novel “Wicked: The Life and Times of the Wicked Witch of the West.” The Broadway production has been nominated for 11 Tony Awards, including Best Musical, Best Orchestrations, Best Costume Design and Best Scene Design.

To Oct. 21: The popular musical is back after its performance in 2005, and this time, it will be shown at Sangsang Art Hall. The story centers around rock singer Hedwig, who after a failed sex reassignment surgery goes on an American tour. The musical starts at 8 p.m. Tuesday to Friday, 6 p.m. and 8:30 p.m. Saturday, and 7 p.m. holidays and Sunday.

To Sept. 22: The modern Korean folk music concert mixes traditional music with modern melodic sounds through the use of the gayageum and janggu (double-headed hourglass-shaped drum generally played with one stick and one hand) along with an electric piano and a modern drum set. Concerts are at 8 p.m. Thursday and Friday, and 7 p.m. Saturday.