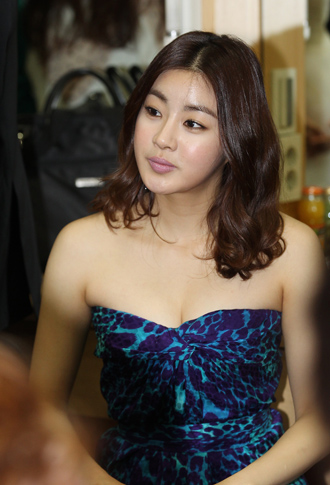 Kang, who is set to dub the Korean version of Pixar’s latest creation “Brave,” took some time off to visit the headquarters in San Francisco where she experienced what it’d be like working as an employee there.

Video of the visit shows Kang walking down the trophy hall, taking a look at the cafeteria and having a go on the “kickboard,” --a kind of scooter-- which employees ride around the complex.

In addition, Kang took tips from the writer of the movie, Steve Purcell, who also performs the voice of a crow in the flick.

The children’s tale about a redheaded princess who craves adventure will hit Korea on Sept. 27 ahead of the Chuseok holiday.