Local market getting a bunch of new phones

Local market getting a bunch of new phones 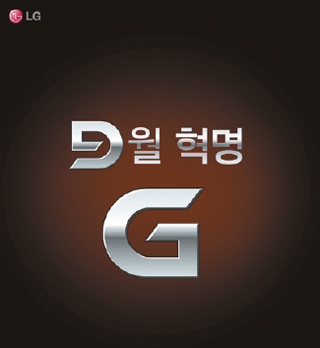 An invitation from LG Electronics to the launch of the Optimus G next Tuesday. Provided by the company

If you are planning to buy yourself a new Korean-made smartphone, the pre-Chuseok holiday period is a good time. Local handset producers are ambitiously releasing new smartphones, boosting the number of consumer choices.

Adding to the launch here of Apple’s next-generation iPhone at the end of this month following its introduction in San Francisco today, the smartphone market is set to turn into a fierce battlefield for the industry.

LG Electronics said yesterday it will unveil the Optimus G, a smartphone with cutting-edge technologies that it hopes will revitalize its flagging mobile device business, next Tuesday. The launch will be held at the Grand Hilton Hotel in Hongeun-dong, western Seoul, and LG said it will be “the biggest of its kind for the company since it unveiled the Optimus LTE smartphone in October last year.”

The “G” in Optimus G stands for both “great” and “global.” The new LG smartphone will go on sale in Korea via the three mobile carriers before the Chuseok holiday begins, meaning two weeks from now. Then it will enter the Japanese market in October and other key markets around the world.

When asked how the Optimus G will compete against the iPhone 5 and the Galaxy S3 from Samsung Electronics, an LG spokesman said the situation in the near future will be “pretty interesting,” mirroring the confidence the company has in its new smartphone’s quality and sales prospects.

LG has been proudly outspoken about the R&D efforts its different divisions have made for the new handset over the past three years. It has been nicknamed the “Koo Bon-moo” phone after LG Chairman.

LG Display has developed the phone’s “True HD IPS+” screen; LG Chem has devised a robust battery at 2,100 milliampere-hour; and LG Innotek has designed the 13 megapixel camera, the highest definition among local handsets currently available. The Galaxy S3 and iPhone 4S are equipped with 8 megapixel cameras.

Running on Google’s Android platform, the 4.7-inch handset has a Snapdragon S4 Pro, the quad-core application processor from Qualcomm, which enables much faster processing speed compared with its dual-core counterpart. Snapdragon is often compared with Samsung’s Exynos, which the Galaxy S3 smartphone uses.
Rumors are also abuzz about Samsung Electronics moving up the release date for the next version of its immensely popular Galaxy Note. J.K. Shin, president of Samsung Electronics’ IT and mobile communications division, said at the IFA consumer-electronics fair in Berlin later last month that the company will unveil the 5.5-inch Android-based Galaxy Note 2 in mid October.

But rumors about an earlier release - at the end of September - have been ceaseless in recent weeks. Samsung refused to confirm them.

Pantech, the third-largest local handset producer, is set to introduce its first smartphone to run on quad-core processor later this month. “It would have been much better if we could have started selling the new handset before the iPhone 5 lands here,” said a Pantech spokesman. “But we couldn’t bring forward the schedule further due to the fixed supply schedule of the Snapdragon AP from Qualcomm.” He added the launch event will be a “very special” one this time - much more creative in terms of its venue and content.

The company has yet to name the new smartphone but it will have a 5.3-inch screen - the largest for all handsets from the firm - and support voice over long-term evolution, which enables crystal-clear voice transmission over fourth-generation networks, also for the first time among all of its handsets.

In addition, the two-year mandatory mobile subscription period for the Galaxy S and iPhone 4 users has either ended or is set to end for customers who bought them when they were first released.

The Galaxy S, a predecessor of the S2, was released in July 2010 while the first batch of iPhone 4S for the Korean market arrived in September 2010. That means that a large number of smartphone users may be considering upgrading their models. The mobile industry estimates that the termination of the two-year subscription period will create around 3 million new smartphone buyers.