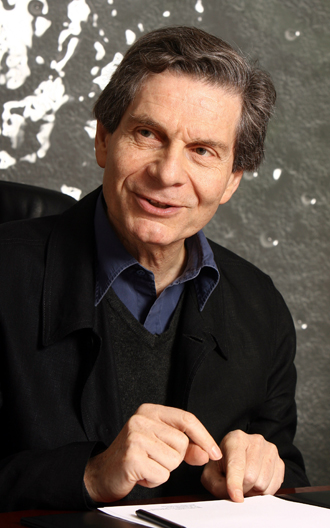 While thorny issues pertaining to Korea and Japan’s shared history continue to divide the Asian neighbors, Guy Sorman, a French philosopher and economist, believes Tokyo should offer to compensate the Korean victims of sexual slavery during World War II.

“The Japanese government has not proposed compensating the victims, and has never implemented an education effort that could be compared to denazification [efforts to remove Nazis from official social positions] in Germany,” Sorman said, in a recent e-mail interview conducted by the Korea JoongAng Daily and the JoongAng Ilbo. “[To solve historical issues], only a joint committee of respected Japanese and Korean academics and scholars could write a common history of the two countries’ relationship, and propose a blueprint for a common education program in both.”

Sorman’s suggestion comes at a time when Korea’s relationship with Japan has become tense due to unresolved issues with its former colonial ruler from 1910 to 1945. Japan’s territorial claim over Dokdo, Korea’s easternmost islets, has also soured ties, especially after President Lee Myung-bak visited the islets last month.

“The current [territorial] disputes could be solved by the implementation of joint economic and scientific projects,” Sorman said. “I strongly advocate this kind of project for Dokdo.”

The interview was conducted just before Sorman’s weeklong visit to Seoul, which begins today and coincides with the release of his new book, “An Optimist’s Diary.” The Korean edition is the first to be released after the original came out in France in March. During his stay, Sorman, 68, will speak at the Paju Booksori Festival, Yonsei University, the Institute for Global Economics and the Asan Foundation.

Q. How did Europeans, including the French, forgive the Germans for what they did during World War II?

A. We [Europeans] consider that Germany today is a different country from Nazi Germany. Germans have built a democracy and they have implemented denazification at home, mostly at the school level. The dark past has also been clearly evaluated, jointly by Europeans and German scholars, in order to understand what happened and how it should not happen again. We consider that most of the Germans had also been victims of the Nazi regime. Also, Nazism is not necessarily specific to Germany. Brutal dictatorships emerged all around the world in the 1930s, maybe as a reaction to the global economic crisis.

What should Korea, China, and Japan do to reconcile?

The Japanese government and the emperor have apologized many times to the Koreans. However, they have not proposed compensating the victims: Germany has done it. Also, Japan has never implemented an education program that could be compared to denazification in Germany [by revising its accounts of the past].

How should Korea treat Japan?

Koreans should forgive, openly, publicly, in a grandiose gesture. This would shame the Japanese: only then would they understand the depth of their responsibility, and come up with some substantial proposals. It is very disappointing for me to see two modern democracies like Korea and Japan not able to reconcile when they have so much to share: common interests and common enemies. If Germany and France can do it, so can Japan and Korea. It requires some audacious leaders, who we had in France and Germany after World War II. President Lee Myung-bak, being the stronger leader now [than his Japanese counterpart], and having nothing to lose, should conclude his mandate by making some audacious gesture. I have suggested he follow the model of Egyptian President Anwar Sadat, who traveled to Jerusalem in 1977. Sadat unilaterally proposed peace to his worst enemy [and] Israel and Egypt have been at peace ever since. On the contrary, President Lee has chosen to set foot on Dokdo to challenge Japan. This may play well with Korean public opinion, but this is not a long-term solution.

The territorial dispute in the Northeast Asian region is becoming more emotionally tense, especially because the disputes come at a time when there are unresolved historical issues. Do you see the possibility of a war breaking out again in Northeast Asia?

There will be no war in East Asia, because the territorial disputes are more symbolic than real. Moreover, the United States will not accept a war. Any diplomatic conflict can be solved by arbitrage by a third party, or by direct negotiations. The current disputes could also be solved by the implementation of joint economic and scientific projects in the disputed territories.

The U.S. last year declared its shift in policy towards Asia, referring it to as “pivot to Asia.” Since then, maritime disputes seem to have increased. Do you think the U.S. should be responsible for defusing the growing tension in Asia?

The U.S. is not in the best position to interfere. I do consider the Korean government to be in the best position to offer solutions like joint economic projects for all these local conflicts. It should, and it could, create a model for cooperation around Dokdo. If the current Korean president does not do it, the next will be in a position to become the region’s diplomatic leader. And, of course, the U.S. will remain the ultimate peace guarantee in the short term. Only the U.S. military and navy can contain Chinese ambitions in the region. Ultimately, these Chinese ambitions seem to me to be more aggressive than Japan’s weak imperialism.

Do you think it would be the right path for East Asia to integrate, following the European Union model?

The European Union is a source of inspiration for many scholars in Northeast Asia. Such an organization in your part of the world could calm down some regional fears and threats. However, such a union can be realistic only when all members share some basic principles. In your part of Asia, there is a consensus on free trade and free economy, but not on democracy and human rights. Therefore, I’m afraid the very nature of the Chinese regime will not allow such a union. The question should be asked to China.

There are concerns that there will be more confrontations between South Korea, the U.S. and Japan, on the one hand, and North Korea, China and Russia on the other. What is your opinion?

China and Russia are more competitors than allies. Japan does not need a war. China needs peace to continue growing. I see no risk of an extended war in the region as long as the North Korean regime remains under China’s control. North Korea is a puppet regime manipulated by China. Certainly, the Beijing government would like North Korea to make some economic progress in order to be more sustainable. However, the priority for China is to control North Korea and its army in order to keep South Korea and Japan in check. The poor North Korean people are the hostages of this diplomatic game. It’s a very sad situation.

How would you evaluate South Korea’s policies towards North Korea?

Recently, there has been no tension between [the two], but rather unilateral aggression by the North Korean military against innocent South Korean civilians. President Lee has reacted with a cool restraint, which the world applauded - but not so much in South Korea, because of domestic politics.

Has the possibility of the two Koreas reunifying grown in recent years?

China being opposed to reunification, the possibility for reunification right now is non-existent. Reunification will happen only if and when China becomes a democratic regime. This could happen within ten years.