On the brink of extinction

On the brink of extinction 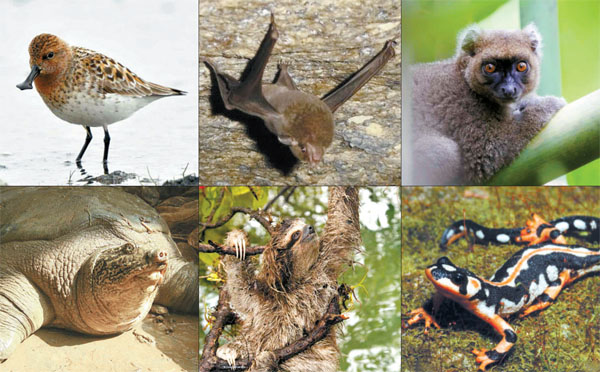 The International Union for Conservation of Nature and Natural Resources announced 100 critically endangered species yesterday that need immediate care to prevent them from going extinct. The international environmental group is currently hosting the 2012 World Conservation Congress on Jeju Island, which began Thursday and is scheduled to end on Saturday. Clockwise from left are: a spoon-billed sandpiper, Seychelles sheath-tailed bat, the greater bamboo lemur, Luristan newt, pygmy three-toed sloth and Yangtze giant softshell turtle. Provided by the IUCN