K-League to relegate Phoenix at end of season

K-League to relegate Phoenix at end of season 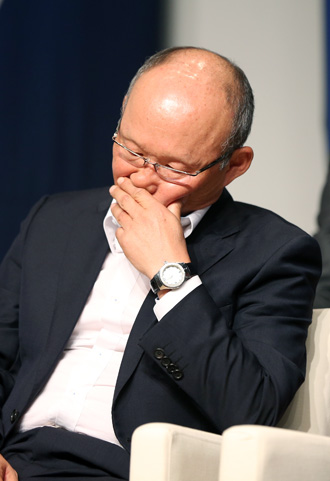 Korea’s professional football league has relegated the military-affiliated Sangju Sangmu Pheonix to the second division for next season for failing to meet international club standards, according to league officials yesterday.

With Sangju’s demotion, only one of the eight teams in the bottom half of the league’s split system will be demoted to the second-tier National League at the end of the season. Initially, two clubs with the worst records through the second half of the season were supposed to be relegated, but now Sangju will be regardless of the final standings.

The surprising decision came four days before the onset of the second half of the season, when Sangmu and seven other lower-ranked teams will start a 14-game campaign to avoid relegation. Sangmu finished the 30-match first half in 15th in the 16-team league with only seven victories.

The qualifications the league referred to in its rulings is the Asian Football Confederation regulation on club licensing that requires a club to be a “legal entity” ensuring “financial and sporting success in the league.” There are also issues over contracts, as players do not sign with Sangmu, but play on the team while fulfilling mandatory military service.

“We can’t leave a team unable to meet the qualifications for a professional club in the league,” an official of the K-League told the Korea JoongAng Daily.

An official of the Phoenix said that it has promised the league that it will come up with a solution and has asked for more time to do so.

“We said that we will become a corporate entity no matter what but the league made such a decision unilaterally,” the official said.

Yonhap News Agency reported yesterday that the team has threatened to boycott the rest of the season.

“The Armed Forces Athletic Corps and the Defense Ministry held talks today, and we’ve decided not to play the rest of the season,” Yonhap quoted Lee Jae-cheol, the team’s general manager, as saying.