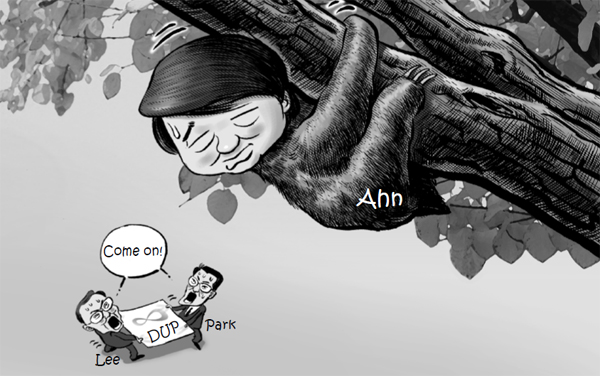 According to an election strategy written for the main opposition Democratic United Party obtained by the JoongAng Ilbo, leader Lee Hae-chan and floor leader Park Jie-won will have to embrace independent liberal Ahn Cheol-soo — an undeclared dark horse in the upcoming December presidential election — after its primary is over.