How China’s leaders are made

How China’s leaders are made 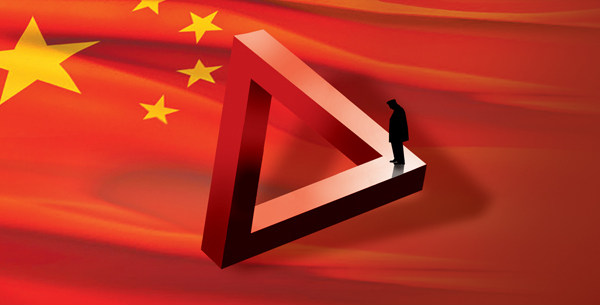 A few years back, a local private organization invited a Chinese politician thought to be a rising star. He and his entourage attended a dinner at a traditional Korean restaurant that seats guests on the floor. Dinner went on for about two hours. The Chinese guests were not used to sitting on the floor and fidgeted, except for the central figure. He sat tall and when asked if he was not comfortable, he politely answered that “I consider it part of self-discipline.” He suggested that a small discomfort must be endured with willpower in order to maintain public decorum before foreign hosts.

The man of self-control is China’s third-youngest party secretary Zhou Qiang for Hunan Province. He is among the front-runners of the so-called sixth generation leadership, or aspiring leaders born after 1960.

Election season is nearing. Korea elects a president for a five-year term in December and China reshuffles all major posts in mid-October in a once-in-a-decade power transition. The 18th Communist Party Congress will elect its fifth-generation leadership. Vice President Xi Jingping is touted to succeed President Hu Jintao, and Vice Premier Li Keqiang will likely be promoted to premiership. Rumors are still flying about who will make up the rest of the standing committee Politburo - the country’s highest political body. Procedures in appointing Chinese leadership are highly secretive with behind-the-scenes jockeying and bargaining between rivaling factions.

But few can argue about the credentials of the committee members. Anyone on the Politburo is said to be qualified to govern the world’s most populated country and second-largest economy.

Chinese leaders are scrupulously groomed. They basically must be qualified in areas of loyalty, aptitude and attitude, according to Cho Young-nam, professor of Seoul National University. Loyalty to the Communist Party is undoubtedly essential. They must be faithful to party principles and stand congruous to the party’s central ideas and direction.

Testing capabilities and attitudes is a bit tricky. Chinese officials strive hard to prove their capacity. To do so, they must come up with results. To make it to the top policy- making Politburo, one needs to serve in ministerial-level posts, including provincial chief, at least twice. Aspiring politicians usually want to make impressions and build their reputations while serving senior posts in provincial governments.

Presumptive heir Xi Jingping ascended to power while serving in Zhejiang Province, an affluent coastal industrial region. After he was promoted to party chief, in 2005 he spent a fortune to commission the Chinese Academy of Social Sciences to conduct research on development models, experiences and the potential of Zhejiang. A team of 60 researchers led by the state-funded think tank president took part in the research. The 1.4 million-word report concluded with a favorable assessment of the local economic and industrial progress. As a result, the study paid off as it demonstrated Xi’s leadership.

What matters next is disposition. This is a comprehensive appraisal on work ethics, integrity, character and image. Bo Xilai, former party secretary for Chongqing Province, scandalously fell from grace while campaigning hard for a place on the elite Politburo because he flunked in this area. Bo had been both charismatic and controversial, reviving Cultural Revolution-style sentiment and implementing a ruthless campaign against organized crime to reinforce his power. Despite his popularity among conservative elites and common people, Bo was ousted because of his family greed, corruption and authoritarian style.

Chinese leaders are tested on three essential qualities. They are examined on their performance in various offices in factories, provincial and central governments. They are reviewed on professionalism, creativity and international aptitude. Whatever work and missions they are given, they must fully master them. Prime Minister Wen Jiabao excelled in this field. He was an exemplary technocrat and began his career in the geology bureau of Gansu Province. Wen steadily rose to power with his geological expertise by studying the farming and environmental landscape of Gansu for 11 years. The head of Gansu Provincial Geological Bureau, impressed by Wen’s report, called him a living map of Gansu.

One must follow up his innovative ideas with determined actions. Lu Hao, the current first secretary of the Communist Youth League, was appointed to manage a deficit-making textile factory of 5,000 employees upon graduation. Under his administration, the company turned a profit in three years. A potential leader also needs to have international skills. He or she must be able to communicate and interact with foreigners. Politicians are put to the test over and over on these qualities and qualifications. Although China does not have a democratic system, it nevertheless has an efficient mechanism to groom and filter out leaders. A person who has the ambition to govern a country should be ready to take upon such scrutiny.

* The author is the JoongAng Ilbo’s China specialist.