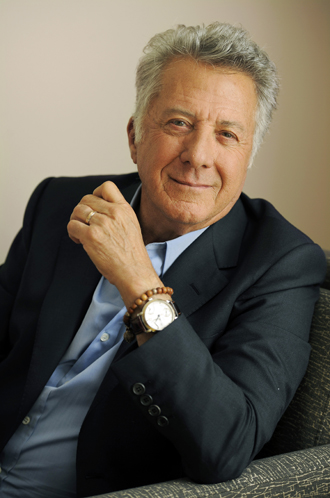 TORONTO - At the age of 75, Dustin Hoffman has finally made the leap from acting to directing with “Quartet,” a pitch-perfect comedy that charmed critics and audiences alike at the Toronto Film Festival.

Shot in the British countryside, the film centers on a trio of retired opera singers happily living out their sunset years in an idyllic care home for aging musicians.

The peace is broken by the arrival of a mysterious new resident, who turns out to be their former singing partner, and the ex-wife of one of the principal characters.

For Hoffman, stepping behind the camera for the first time after nearly five decades as an actor, it was the script for “Quartet” that convinced him the time was right to direct.

“When I read it on the airplane, I started crying and I don’t really respond to scripts that way,” Hoffman said.

“One of the things I’m drawn to is what is invisible in our society,” he added. “And with aging, at least in America, people put their parents in nursing homes to get rid of them. There’s a shying away from the inevitable, I guess.”

Adapted by Ronald Harwood from his own play, “Quartet” has received largely positive reviews and has drawn comparisons to 2011 charmer “The Best Exotic Marigold Hotel,” which was an unexpected success at the box office.

Rounding out the principal cast is Billy Connolly, who steals almost every scene as the wise-cracking and raunchy Wilfred, and Pauline Collins as kind-hearted Cecily, whose slow fall into dementia brings both comedy and drama to the film.

With their retirement home in peril of closing because of lack of funds, the trio must convince Jean to step out of retirement and join them on stage at the home’s annual fund-raiser concert in honor of Verdi’s birthday.