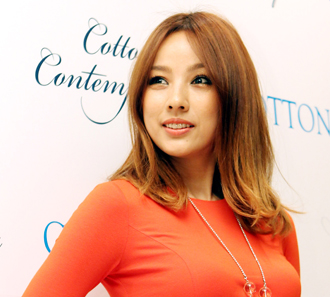 Singer Lee Hyori will meet with Seoul Mayor Park Won-soon to talk about the importance of animal welfare and adoption on Monday, according to a report by News 1.

Both Lee and Park have been invited to take part in the opening of the city’s pet adoption center, along with some other 30 personnel working to improve the city’s stance on animal welfare. The event will take place at Seoul Grand Park.

The two public figures have spoken out about animal protection before.

Park previously used his Twitter account to recommend a book that Lee had written about the joys of adopting her abandoned pooch Soonshim.

When Lee, who is connected with Park on the social networking Web site, replied to the tweet, she showed her humble side by saying, “How embarrassing!”

Lee has written books, participated in various charities and auctions, and has even shot ads to increase awareness of animal rights issues.