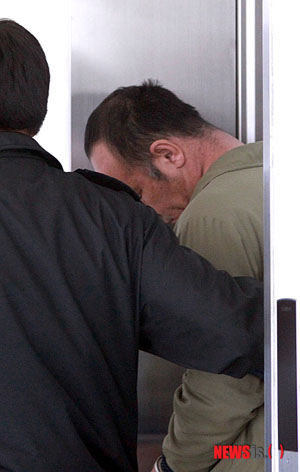 The bereaved family of a 28-year-old victim killed in a brutal murder in Suwon, Gyeonggi, has filed a lawsuit against the state for its failure to promptly react to an emergency call made by the victim, when the police may have been able to prevent the horrendous crime.

The family demanded 361 million won ($320,600) in compensation in legal action brought to the Seoul Central District Court, taking into account the annual salary the victim was making, costs spent on arranging a funeral and psychological trauma the family members have suffered from the crime.

The family is reportedly claiming the state is “responsible for the crime as it is in charge of the police,” which they claim failed to prevent the killing. The family claim the victim could have been rescued had the police promptly responded to the emergency call as the victim reported the detailed whereabouts of the crime scene to the police through the 112 emergency call line on the night of April 1.

The police faced strong public criticism as it was revealed that the police did not take timely and proper action to address the victim’s emergency call. It was also later discovered the victim was on an emergency line for over seven minutes, giving the police the detailed location of the crime scene and desperately asking for help.

It took the police 13 hours to find her.

The murder case shocked the nation over its atrocious nature as the suspect, a 42-year-old Korean-Chinese immigrant worker, took the 28-year-old victim to his house in Suwon and brutally killed her.

Following the murder, Wu Yuanchun dismembered the victim’s body into 365 pieces. This raised suspicion that Wu was involved in a ring that buys and sells human flesh.

Then police chief, Cho Hyun-oh, issued a public apology and stepped down from his post to take responsibility the same month the crime took place. The police officers involved in the case also received a reprimand, cuts in salaries and suspensions for up to three months.

The Suwon District Court sentenced Wu to death in June for his horrendous crime and lack of remorse.

“He has not shown any sign of regret for his brutal acts, which are unforgivable for any reason,” said a judge in the ruling.

Following the verdict, Wu filed a petition of appeal to overturn the death sentence.