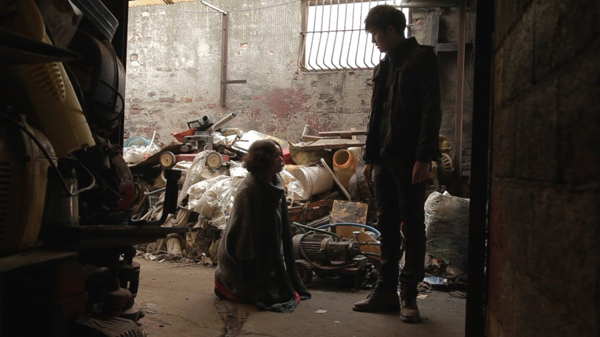 “Pieta” cleverly underlines its theme that grace and redemption are always possible. Provided by Hohoho Beach


Viewers are almost destined to feel overwhelmed by intense discomfort, even nausea, as the credits roll at the end of “Pieta,” winner of the Golden Lion award at the 69th Venice Film Festival.

And like the credits, these emotions are likely to fade only to be replaced by sympathy at the vulnerability of ordinary human beings and hope in the potential in all of us.

Such contrasting emotions stem from the central theme Kim Ki-duk’s film: grace and redemption can occur in the most obscene, violent and despairing places. 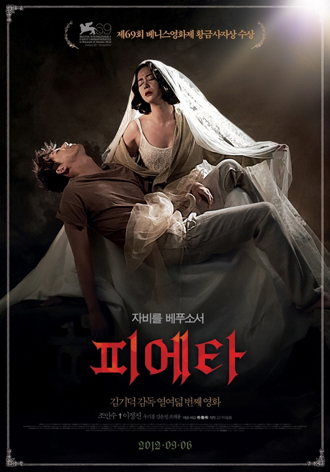 Kang-do (played by Lee Jung-jin) is a debt collector who works for a loan shark. More than just a “bad guy,” he cripples and disfigures delinquent borrowers and then takes their insurance money as repayment.

The brutality of his day-to-day life is interrupted by a mysterious woman (played by Jo Min-su), who claims to be the mother who abandoned Kang-do when he was a baby. At first he rejects her, but starts to accept and trust her as she stands by him in spite of the abuse from Kang-do.

When testing the woman’s determination, Kim again uses extreme measures. Kang-do chops off one of his own toes and demands she eat it. At one point, he sexually assaults her.

The unpleasant scenes underline the cruelty of Kang-do, but at the same time expose his vulnerability. He desperately needs to be reassured that there is someone in the world who will embrace him with unconditional acceptance.

Kim’s movies are usually made with modest budgets that prohibit the use of lavish action scenes or breathtaking landscape backgrounds, thus emphasizing the vital role of the cast. The acting is excellent, and Jo Min-su owns the role of the mysterious woman.

She flawlessly expresses a poignant moral complexity, especially the blending of vengeance and sympathy toward Kang-do.

The theme of grace, redemption and salvage naturally conjures up aspects of religious faith. The reviled Kang-do is often called the “devil” by his victims.

And the title of the movie introduces religious themes and Jo holding Lee in the main poster evokes the image of the Virgin Mary’s sorrow as she cradles the body of Jesus in Michelangelo’s famous sculpture of the same name.

The dramatic ending and background music also have links to Christianity.

Knowledgeable viewers will also be engaged by the life of the director. Having been raised in Cheonggye Stream in central Seoul, the industrial slum-turned-green spot where the movie is set, Kim worked as a factory laborer during his teenage years and had no formal education beyond elementary school, not to mention formally studying film.

He once described himself as “a monster with inferiority complex.”

One could be forgiven for thinking that “Pieta” pays homage to nobody other than the director himself, someone who experienced life at the margins of society but manages to pursue and achieve a rare glimpse of hope, and perhaps even salvation.

On Wednesday, Kim said the first thing that came to his mind when the award was announced in Venice was “a 15-year-old version of myself carrying a heavy box of copper at Cheonggye Stream.”