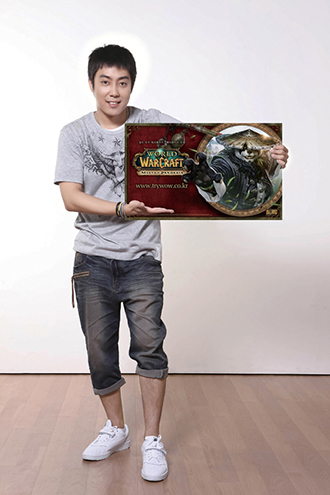 Eun’s agency announced on Sept. 13 that the singer-turned-actor will begin promoting the game as it launches its fourth expansion pack “Mists of Pandaria.”

“He is a big fan of the game himself, so he had a lot of fun shooting the commercials,” said Eun’s representative.

Meanwhile, Eun is in the spotlight for starring in the tvN drama “Respond 1997,” with A-Pink’s Jung Eun-ji and Infinite’s Hoya.

Despite the fact that the 34-year-old is playing a high school aged character, viewers are responding favorably to Eun’s oddball character who has a fixation for adult-only videos.