Song Seung-hun will be waxed

Song Seung-hun will be waxed 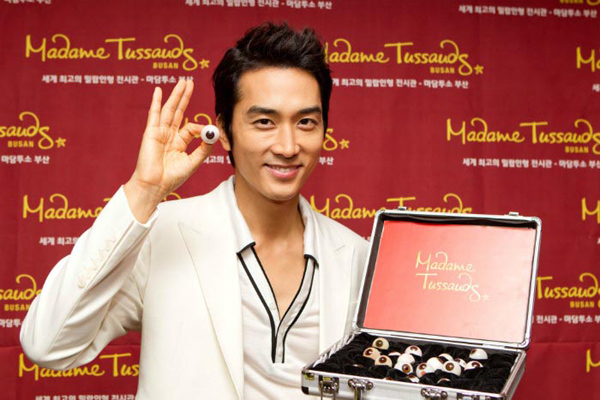 
Actor Song Seung-hun will be turned into a wax figure for Madame Tussauds in Busan.

The Korean branch of the famous wax museum said yesterday it had completed a sitting with Song, where the Hallyu actor was observed on a rotating platform at every angle and his measurements were taken.

Although the posing session may have been tiring for Song, it is just the beginning for the experts who follow a 200-year-old process that takes about three months to produce the wax figure.

“A lot of research and the public’s opinion as well as respect for the craft go in,” said a PR officer for Madame Tussauds Busan. “We expect Hallyu fans will love it. We could really not think of any star better looking or better suited to turn into a wax doll.”

Song has been a busy entertainer this year. Since May, he has starred in the drama “Time Slip Dr. Jin,” contributed to its soundtrack, topped a list of wealthiest entertainers on TV and attended a Japanese fan meeting.

Song’s figure will be on display starting in December.