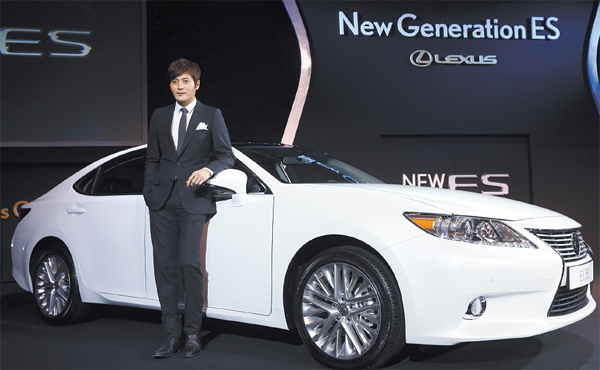 Actor Jang Dong-gun poses with the new generation Lexus ES350 at the Sheraton Grand Hotel in Seoul yesterday. The sixth-generation ES is fully built at the carmaker’s Kyushu plant in Japan. Four models will be sold in Korea - the ES350 Supreme, the ES350 Executive, the ES300h Supreme and the ES300h Executive. Prices start from 56.3 million won ($49,890), while ES300h, a hybrid, has a slightly cheaper starting price of 55.3 million won. [YONHAP]