Taller, skinnier iPhone 5 will be late to Korea

Taller, skinnier iPhone 5 will be late to Korea 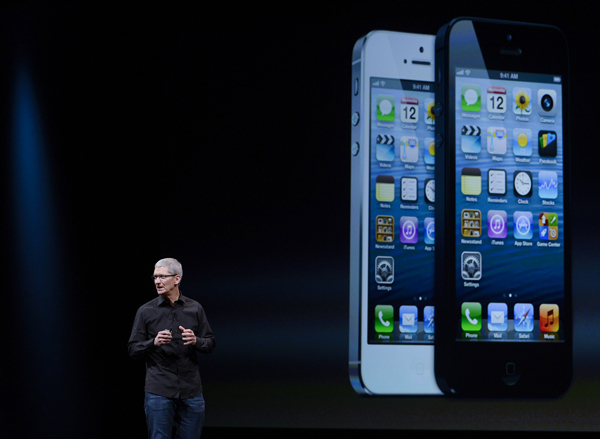 Apple CEO Tim Cook talks on stage Wednesday in San Francisco during the introduction of the new iPhone 5, which will not be sold in Korea until next month at the earliest. [AP/YONHAP]


Apple unveiled the long-awaited iPhone 5 on Wednesday in San Francisco, or yesterday morning in Seoul, with features that were in line with expectations after leaks and rumors in the past few months.

The sixth version of the iPhone from the Cupertino, California-based tech titan will be taller, skinnier and lighter, and is the first Apple smartphone to run on the superfast, fourth-generation, long-term evolution (LTE) cellular network. The new device also marks the first time Apple has ditched the 3.5-inch display, which it maintained from 2007, to go for four inches, as consumers tend to like larger smartphone screens.

Apple CEO Tim Cook said in a presentation that the company will roll out the iOS handset in nine countries - the United States, Canada, Japan, Hong Kong, Singapore, Australia, France, Germany and the U.K. - next Friday for the same $199 starting price as the preceding iPhone 4S. A week later, it will hit 22 European countries, including Italy, Poland and Spain. 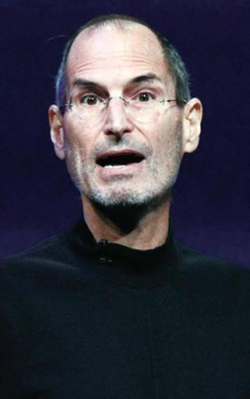 Korea has again failed to be included in the initial two batches of 31 nations to get the first iPhone developed and unveiled since the death of Apple co-founder Steve Jobs, as it did with the launches of past iPhones.

But consumers here probably won’t have to wait long. When Apple took the wraps off the iPhone 4S last Oct. 4, Korea wasn’t part of the first two batches, but the American behemoth made a surprise announcement that it would release the handset here on Nov. 11, only five weeks late.

The iPhone 5 will be sold through two carriers in Korea - SK Telecom and KT - after the gadget’s frequency is registered with and authorized by the Korea Communications Commission. In Korea, any foreign mobile device must go through the process for security reasons, and it takes roughly a month.

Both carriers will sell only LTE-enabled versions of the next-generation Apple phone.

Samsung Electronics, by comparison, sells its flagship Galaxy S3 model for both LTE and 3G connections.

There were earlier concerns that Apple would not modify the frequency of the iPhone 5 to allow it to run on Korean LTE networks, but they proved to be wrong.

Neither SK Telecom nor KT has announced a date for the iPhone 5’s arrival. “We know prospective iPhone 5 buyers have been hoping it’s earlier,” said a KT spokeswoman, “but we have no comment on that matter.” Steve Park, a spokesman for Apple Korea, could not be reached for comment.

Tim Cook described the iPhone 5 and iOS 6, a new version of its operating system to debut on Wednesday, as “the biggest things to happen to iPhone since iPhone.” Many analysts and members of the media who actually felt and tested the new gadget at the launch event praised its sleek design, lighter weight, faster connection and improved camera.

But some Apple enthusiasts here have been less dazzled for a lack of “surprise factors.”

“For Tim Cook, given he is aware he cannot be Steve Jobs, it may be wiser to innovate within the boundary of existing products than create an entirely innovative product,” said Lim Jung-wook, former Lycos CEO and Korean translator of a 2012 book by Adam Lashinsky “Inside Apple: How America’s Most Admired - and Secretive - Company Really Works,” adding, “which is more realistic.”

Now that the market has moved further in Samsung’s favor, the iPhone may not be the obvious choice for consumers. “For the first time, Apple can no longer stand apart from its smartphone competitors as a clear leader; it’s right there in the middle of the fray,” reported CNET yesterday.