Will iPhone 5 be an i-flop or an eye opener?

Will iPhone 5 be an i-flop or an eye opener? 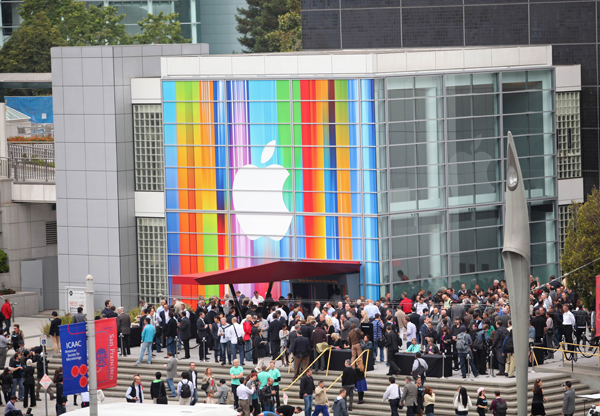 Although Apple’s taller, slimmer and faster iPhone 5 has left many critics disappointed by its lack of novelty value, especially in terms of new features, a number of details and improvements are worthy of attention.

It is 18 percent thinner than its predecessor, while its bigger screen - 4 inches when measured diagonally - creates room for another row of icons on the screen and better accommodates widescreen movies. The calendar will show five days at a time instead of three.

The company was expected to use the space freed up by the new screen technology to expand the phone’s battery, not make the phone thinner. The short battery life, a key complaint of smartphone users, has been slightly extended.

The camera on the back of the handset has the same resolution as the iPhone 4S, but takes pictures faster and works better in poor light, Apple said. The front-facing camera has been upgraded to high definition, letting users take advantage of faster data networks for videoconferencing.

Apple has also ditched the connection port it has been using for its iPods, previous iPhones and iPads for nearly a decade in favor of a smaller, narrower one. Apple’s Senior Vice-President Phil Schiller was quoted as saying in an interview by AllThingsD that “it simply wasn’t possible to build products as thin as the new iPhones and iPods without changing the cord.”

This shows how Apple is still intent on charting new territory in an industry where other manufacturers have settled on a standard connector for charging and backing up files to their PCs. Although adapters are available that enable users to connect the new phone to sound docks and other accessories designed for its previous incarnations, many consumers have raised their eyebrows at the move, which they see as another unnecessary expense.

One feature missing from the new phone is a chip for near-field communications, or NFC. Other top-of-the-line phones are incorporating such chips, which let phones work as credit cards at some store payment terminals. They also enable phones to share data when two devices are “bumped,’’ or held within close proximity to one another.

Apple upgraded the software that runs on the iPhone to include new mapping and turn-by-turn navigation features, as well as tools that make it easier to share photos and other content with Facebook.

In another audio-related update, the white ear buds that ship with all of Apple’s portable devices have also been improved. Rebranded as EarPods, they are tube-shaped, which Apple says helps mold them more closely to the shape of users’ ears. The EarPods took three years to design, Apple said. They went on sale Wednesday globally as a standalone accessory for $29, but will be included free with several other new Apple devices due out in October.

The iPhone 5 is equipped with an aluminum bezel and rear plate, a thinner body, and comes with a new set of tube-shaped earphones called EarPods. Apple also introduced a new iPod Touch that brings over the changes applied to the iPhone 5. [AFP, AP, REUTERS]


Apple also enhanced its voice-command service Siri, adding features that let users search for sports scores and make dinner reservations by speaking to the smartphone. Commands can also now be given in Korean.

Meanwhile, a new application called Passbook gives users a platform to store their loyalty gift cards, as well as digital tickets for movies, concerts and sports events. But the chances of it being available in Korea anytime soon are bleak, experts say.

A new iPod Touch model that brings over the changes applied to the iPhone 5, including the bigger screen and smaller connection port, was also unveiled. For the first time, Apple’s voice-controlled personal assistant software, Siri, will be available on the iPod.

Analysts say the number of phones Apple can sell will be limited by the production capacity of its suppliers. But even in the event of supply bottlenecks, Apple is still expected to shift tens of millions of the new iPhones before the year is out, including perhaps as many as 10 million this month alone.

If the iPhone 5 lives up to the lofty expectations, it will be the company’s hottest-selling and most lucrative device yet. But it will face stiff competition from an array of smartphones running on software made by rivals Google and Microsoft, as well as tablet computers that also cater to consumers’ desire for a more convenient way to stay connected to the Web.

“This is going to be the best-selling consumer electronics device of all time, bar none,” said Carl Howe, an analyst at Boston-based Yankee Group, who predicted the device will outsell the iPhone 4S.

Apple may sell as many as 58 million units by the end of the year, according the average estimate of analysts surveyed by Bloomberg. That could generate as much as $36.2 billion in sales for Apple, according to data compiled by Bloomberg.