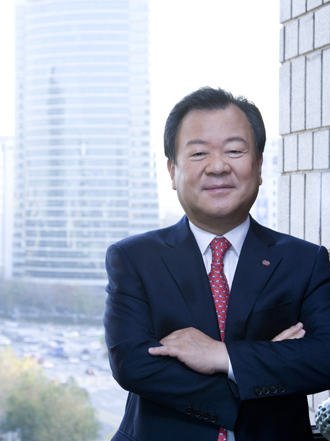 The future is bright for Korea Electric Power Corporation (Kepco), which aims to fortify its overseas sector to expand its leadership beyond Korea’s borders.

Korea’s largest electric utility company announced its long-term goals to reach 150 trillion won ($133 billion) in sales and derive 50 percent of the revenue from its portfolios abroad by year 2025. For the past year, Kepco has seen growth in the overseas front log businesses, or list of potential social companies that participate, and is adding momentum to the expansion of global business management. So far, Kepco has not only secured 12 front logs for this year but also 28 for next year.

Kim Joong-kyum, president and CEO of Kepco, emphasized that securing new profit sources abroad and pushing ahead in the global market will help maximize profit and create new jobs in the sector. In keeping with the venture spirit, Kim also visited some 17 countries and 67 institutes to facilitate proactive communication and collaboration with foreign establishments in the overseas business network.

The state-run electric utility’s stronghold is in nuclear energy, power generation and resource development. In addition to the 5,600 megawatt scale nuclear power plant construction in United Arab Emirates, it boasts a share of 5,201 megawatt in the power generation covering 13 projects in six countries. In resource development, Kepco takes part in 11 projects in four countries as well as five engineering, procurement and construction (EPC) and 13 consulting projects in transmission and distribution around the world.

In renewable energy, Kepco is investing in technology to explore the blue ocean - under the “New Area, New Contents” slogan - as well as wind power, microgrid and ROMM. To do away with the current business structure where 97 percent of revenue is derived locally and only 3 percent from abroad, the country’s largest electric company arms itself with foresight and invests in new and potential opportunities. Kepco is focusing on securing stable sales in water and firepower generation by customizing strategy for each project and establish its status as the leading developer, expanding new orders and completing power plant constructions in keeping with the proposed deadline.

To further speed up its new development business, Kepco is investing in R&D and secure new power sources through strategic M&A of low-valued power generation facilities. In the transmission and distribution sector, the company is reinforcing its engineering capacity. By strengthening EPC profit and utilizing IT technology, Kepco is well on its way to developing products with high-value-added knowledge and technology concentrated exports.

In resource development, it is growing from securing raw material and changing its paradigm to quality-based growth. Also Kepco is diversifying its resource developing regions to Africa and North America for bituminous coal, Australia and central Asia for uranium. By developing new strategic business as resource trading, distribution and gas field, the company aims to speed up the self-development rate and at the same time establish value chain to maximize profit and secure new jobs.

Since currently there is no viable energy source to replace nuclear power, and many countries concede to this fact, the renaissance of nuclear power plants is inevitable and expected to arrive in the near future.