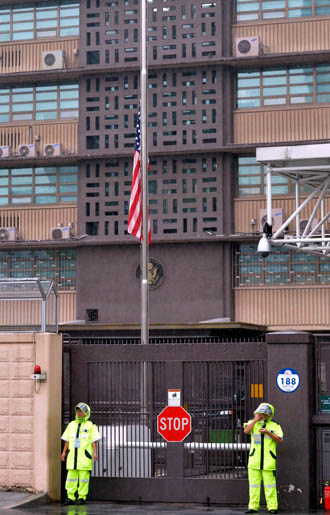 The U.S. national flag is flown at half-mast yesterday at the U.S. Embassy in Seoul in mourning for four American embassy officials who were killed in a rocket attack on the U.S. Consulate in Benghazi, Libya, on Tuesday night by a group angry over an American-made film mocking the Prophet Mohammed. The Korean government “strongly” condemned the deadly attack, extending condolences to the families of the victims and the American people. [NEWSIS]