Park wants to meet the families of ’75 victims

Park wants to meet the families of ’75 victims

Giving in to growing criticism of her attitude toward the legacy of her father, late Korean strongman Park Chung Hee, Park Geun-hye, the presidential candidate of the ruling Saenuri Party, said yesterday she wants to meet with families of political prisoners wrongfully executed during her father’s rule.

“If they agree, I will meet them,” Park said yesterday at a party officials’ workshop in Hongcheon, Gangwon, after reporters asked her if she planned to pay a visit to families of the victims of what is called the People’s Revolutionary Party incident. 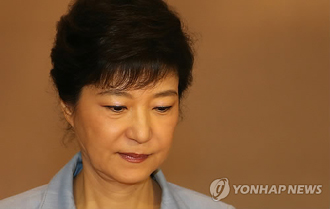 The party and Park’s campaign have been in damage control mode since Monday, when she said in an interview that there were two different rulings on the 1975 executions and that the issue should be judged after more time has passed.

The incident refers to the execution of eight political prisoners during the rule of her father, President Park Chung Hee. Dozens of individuals were prosecuted in 1974 on charges of attempting to restart the People’s Revolutionary Party with an aim to overthrow the government. After the Supreme Court convicted eight and handed down the death penalty on April 8, 1975, the Park regime executed them 18 hours later. The executed men were posthumously retried and acquitted in 2007.

After her remarks prompted public outrage, Park said Tuesday that she respects the retrial’s ruling and accepts the legal process.

“I have said many times that I feel extremely sorry for those who suffered at the time,” Park said yesterday, adding that her spokesman’s statement released the previous night was also in this line of thinking. Representative Lee Sang-il, her spokesman, said Tuesday night that Park thinks human rights infringements by authorities in the past were painful moments in Korea’s modern history.

After Park’s remarks in the Monday interview, the ruling party went into a panic. Representative Hong Il-pyo, party spokesman, said Wednesday the Saenuri Party admits that Park’s remark could be misleading and issued an apology. But Park’s spokesman Lee denied the apology 40 minutes later.

That fueled further criticism from liberal politicians, and Lee made an announcement around 9:30 p.m. Wednesday that “Park deeply understands the pain of those who suffered and sends sincere words of consolation.”

“I had a plan to rise to the occasion and speak about my thoughts, but there were some problems [on Wednesday],” Park said yesterday about the two spokesmen’s fumbles. “[Hong] abruptly spoke first, and I spoke about my thoughts last night through Lee.”

“Her apology is genuine,” a key Park associate said. “Park, however, felt upset that it was not delivered properly.”

He said Park also understands that the 1961 military coup through which her father rose to power was problematic in its process and his constitutional amendment in 1972 to extend his rule was against democracy. “Her thoughts are the same as the people’s,” he said. “But because she is speaking about her father, she is using ambiguous expressions.”

The controversy immediately affected her ratings. According to polls by Realmeter, Park was leading a two-way race against liberal darling Ahn Cheol-soo 50.6 percent to 43.9 percent on Tuesday. Her popularity, however, dropped Wednesday to 47.3 percent, while Ahn’s rating went up by two-tenths of a percentage point.

“Park had won some points by making some surprise moves such as a visit to Bongha Village [where the late President Roh Moo-hyun is buried] and a meeting with Lee Hee-ho, widow of the late President Kim Dae-jung,” said Lee Taek-soo, head of the polling company. “But those points were all lost after she was rejected from visiting the memorial foundation of late labor activist Chun Tae-il and her remarks on the People’s Revolutionary Party incident triggered criticism.”

“One misstep can be forgotten when a larger event takes place,” said Shin Yul, a political science professor at Myongji University. “But a particular image is not easy to forget. Park’s support rate will fall, and the negative impact will linger for a while.”