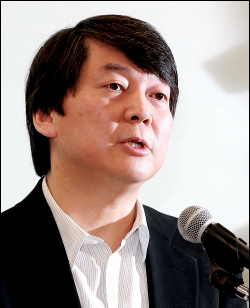 A Seoul taxi driver has come forward to say he was driving the car when an aide to Park Geun-hye made the controversial phone call to Ahn Cheol-soo’s lawyer and that he overheard one side of the conversation.

Jeong June-guil, aide to the ruling party’s presidential candidate Park, has admitted to the allegation that he was in a taxi when he had the phone conversation with Keum Tae-sup, Ahn’s attorney.

This reverses Jeong’s previous announcement that he was driving his own car at the time. But he still denied the allegation that he threatened the lawyer to dissuade Ahn, a liberal favorite to run for president, from running in the upcoming race.

Keum said on Sept. 6 that Jeong, a public affairs official for the presidential election campaign of the ruling party, threatened to disclose dirty secrets about Ahn, including a relationship with a woman, if he dared to run for president. 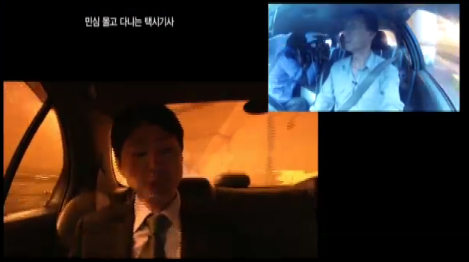 Jeong admitted to the phone conversation but said it was nothing more than a chat between close friends.

At the time, Jeong said he was driving his own car when he made the call.

However, a taxi driver came forward and argued that Jeong was in his cab.

In radio interviews with CBS and MBC on Wednesday, the 53-year-old driver identified by his surname Lee said: “Jeong said ‘I don’t know how close you are to Ahn Cheol-soo, but you must convey this message to him. He will die if he runs in the race. We know everything, through an investigation.’?”

Lee said that Jeong got in his cab at a residential apartment in Jayang-dong, eastern Seoul, and took him to a building in the same district, where the Saenuri Party’s regional chapter’s office is located.

A report released to reporters from the GPS recorder in the cab proved the driver’s journey on that day.

Lee said he remembers the conversation in detail. “I definitely heard that Ahn had been dating a woman in her 30s who graduated from Ewha Womans University and that he bribed someone regarding his stocks.

“I felt it was not a common conversation between friends,” the driver said. “It sounded like threatening someone. I had to mute the radio in the cab because Jeong’s voice was so loud.”

The driver said he didn’t know who Jeong was at the time, but after his press conference, he realized that Jeong was his passenger.

On Tuesday, Jeong posted on Facebook that the driver seemed to be confused and that he was driving his own car on the morning of the Sept. 4.

However, after the main opposition Democratic United Party argued that they will reveal the report from the cab’s black box data recorder, Jeong posted on Facebook on Wednesday evening that “I recall what happened in the morning and found that I took two cabs on that day and I could have been in the cab that the driver drove.”