2AM to start Asian tour in Hong Kong

2AM to start Asian tour in Hong Kong 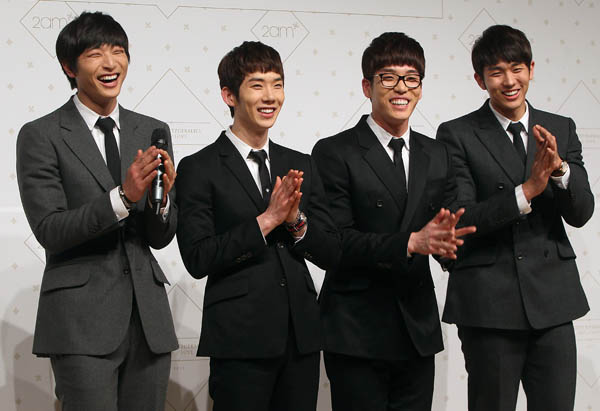 
Boy band 2AM will kick off its first Asian tour with a concert in Hong Kong on Sept. 29.

The tour organizer CJ E&M announced that the tour will also consist of 10 performances in Taiwan and Korea, keeping the band busy until late November.

The tour titled “The Way of Love” will incorporate acoustic bands and derives from the group’s EP “F. Scott Fitzgerald’s Way of Love,” which was released in March.

At the concerts, old hits will be rearranged to keep fans entertained.

CJ E&M added that in Hong Kong and Taiwan, tickets are nearly sold out.

“It’s possible that other Asian locales will be added,” said a spokesperson for the organizers.

Last month, the boys of 2AM were busy while on tour with other talents belonging to its agency.

The tour consisted of two concerts in Tokyo and boasted a lineup of Miss A, 2AM, 2PM, JJ Project, Joo, San E and the agency’s head, Park Jin-young.
By Carla Sunwoo