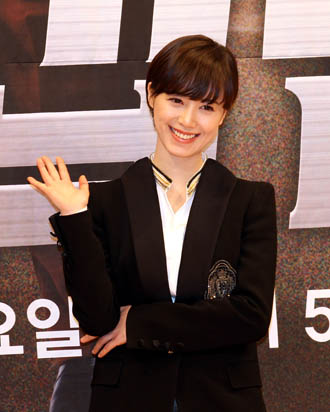 Actress Ku Hye-sun will put her artistic abilities to good use by donating proceeds from the sale of her artwork to the Korea Leukemia Patient Group.

This isn’t the first time the multi-talented entertainer has given to leukemia patients. Last year, she donated to help treat a Mongolian patient who had come to Korea to seek treatment.

Despite her contributions, Ku has been hurt because of the heated relations between Korea and Japan over the Dokdo islets. Earlier this month, Ku’s Japanese promotional schedule was canceled.

The Taiwanese drama “My Darling” starring the Hallyu actress was set to air from Sept. 13 on BS Fuji, but the network decided to pull the plug, most likely due to potential public backlash from promoting Korean entertainers. Actor Song Il-guk’s two dramas also shared a similar fate. By Carla Sunwoo