Song Il-guk’s fans do good in his name

Song Il-guk’s fans do good in his name 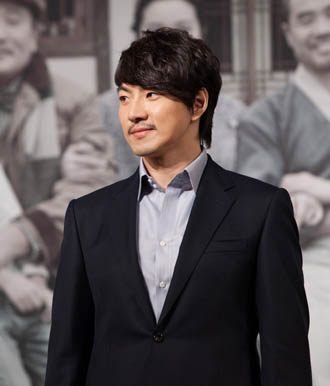 Foreign fans of Song Il-guk have donated more than $25,000 in the name of their favorite actor.

Green Umbrella Child Fund Korea announced on Thursday that the movement to donate to children in poverty began with a Chinese fan.

“A sponsor named Li Yin from China contacted us via our Web site in July and said she wanted to donate after watching Song Il-guk in a KBS documentary about marginalized children,” said a fund spokesperson.

On Aug. 20, the transaction was completed and Li said that the donation was a collective action made on behalf of all Song’s fans abroad. The fund was named “Song Il-gook International Fans.”

The fans seem to be following in the steps of their revered entertainer, as Song is known as a charitable entertainer and activist. He has been a staunch supporter of Korea’s claim over the Dokdo islets.

As a protest against Japan’s claim over the islets, Song and singer Kim Jang-hoon, accompanied by many others, swam to Korea’s easternmost islets on Aug. 15 - Korea’s Liberation Day.
By Carla Sunwoo