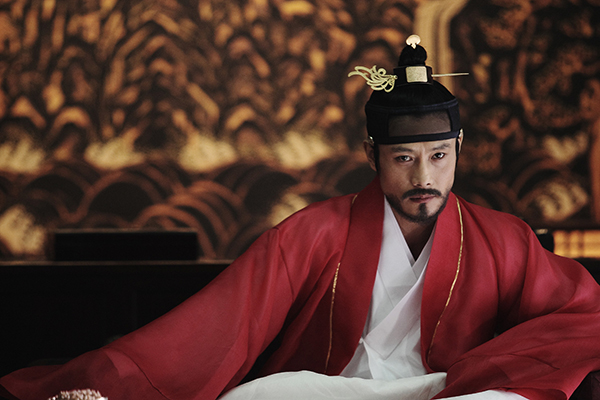 A still from “Gwanghae,” the film about the controversial king of the Joseon Dynasty. by Oh Hang-nyeong. Provided by CJ Entertainment


King Gwanghae of the Joseon Dynasty brings mixed feelings to those reflecting on his past acts. While he is known as a realist who attempted to balance the great powers of Asia during his time, he is also accused of assassinating his half-brother, the Grand Prince Yeongchang, and removing his stepmother, Queen Inmok, from her royal position and confining her within the palace.

These acts of deceitfulness led to King Gwanghae’s ousting, and he has no honorary title, which is traditionally bestowed upon national leaders from the dynastic period. 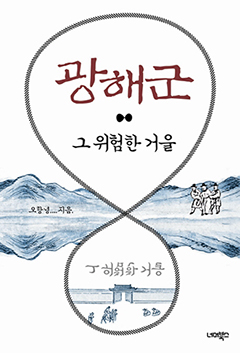 The cover page of a newly released book, “Gwanghaegun”

A closer look at this royal figure has emerged with Thursday’s release of a fictional film based in part on the life of the king.

“Gwanghae,” the first movie to focus on the life of King Gwanghae, was inspired by the “Annals of the Joseon Dynasty,” a manuscript that was kept in order to record the daily accounts of the king and national affairs.

Strangely, during King Gwanghae’s time on the throne, there was no entry in the records for 15 consecutive days. The words “secrets should not be recorded” were jotted down in King Gwanghae’s journal.

This absence of documentation motivated a screenwriter to fill in the gap with a hypothetical tale.

The story centers on King Gwanghae finding someone to pose as the king after constant assassination threats. Ha-seon, the man chosen to play the part, becomes genuinely concerned for the people and leads the country with a tight grip for 15 days.

The stand-in king is moved by the love of his people and weeps for their losses. When King Gwanghae returns to the throne after 15 days, he learns valuable lessons from Ha-seon.

Although there have been movies in the past that have covered similar themes, often with a low-class commoner replacing a king for a certain period of time (“I am a King”), “Gwanghae” is much more politically driven.

The movie sends a message that compassion should be an essential value of a ruler, which seems a relevant message with less than 100 days to the presidential election in December.

By the end, the film portrays King Gwanghae as a caring leader, clashing with current historical accounts of his rule. Oh Hang-nyeong’s book “Gwanghaegun” describes the period of King Gwanghae’s reign as the “lost 15 years of the Joseon Dynasty.”

Many historians clash over their assessment of King Gwanghae. Oh strongly criticizes the king, writing that he “practically used up the country’s entire budget solely for the construction of palaces, his policies were flawed and moreover, he was absent in many of the cabinet meetings. Gwanghaegun failed to communicate with his servants and with his people.”

But historian Lee Duk-il praises the king, writing that he “indeed made some political errors, but during his reign, the famous oriental medical book ‘Donguibogam’ was published and he created the tax system ‘Daedong law’ that was enforced for the benefit of the people.”

“Additionally, Gwanghaegun attempted to create a balance between the neighboring countries in order to avoid any unnecessary wars.”

Despite certain criticisms, historians unanimously agree that King Gwanghae was dexterous in his handling of foreign affairs. As Korea was sandwiched between various powers and was under the constant threat of Japanese invasion, the king used sensible methods and handled the situation well.

“Gwanghaegun was adept in creating good relations with neighboring countries. Korea’s present-day political situation is not that different from the one in the 17th century, so it can be said that King Gwanghae did well during his time on the throne.”

Many do approve of King Gwanghae’s acts regarding foreign affairs, but controversial debates are still lingering around as to whether he was a good king within the boundaries of his palace.