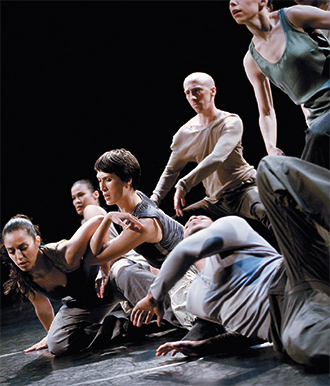 Sweden’s Cullberg Ballet will present “Xspectacle” as one of its opening performances on Oct. 5 and 6 at the Theater Hangang of the Gangdong Arts Center. Provided by Crystal Pite

Lee Jong-ho, artistic director of the Seoul International Dance Festival (SIDance), says he always wanted to shatter the perception that the hub of modern dance is limited to America or Western Europe. That is why he has been inviting teams from around the world - from Israel to Taiwan, Nigeria to Japan - to show Koreans that those countries also produce great artistic works of dance.

Calling the objective the fundamental ideology of SIDance, Lee has invited 20 international dance companies from 16 countries as well as 33 domestic groups to perform at the 15th SIDance Festival, which is set to kick off on Oct. 5 for 16 days.

“As we have been making efforts to introduce dance from different parts of the world to a Korean audience, we have invited dance companies from numerous countries for this year as well,” Lee said during a press conference for the series early this month.

“We’ll focus on dance performances from Eastern Europe to follow up with last year. Efforts have been made for more in-depth and focused exchanges rather than one-time encounters to promote mutual cultural understanding and artistic development.”

To start off the festival, Swedish national treasure Cullberg Ballet will take the stage. The Cullberg Ballet, which was founded 45 years ago by Birgil Cullbert, a Swedish ballet legend and the mother of choreographer Mats Ek, is welcomed all around the world with their daring and avant-garde contemporary ballet.

The company will present CrystalPite’s “Xspectacle,” which reveals her intelligent love for dancers while crossing the borders between rehearsal and performance. The company will also present “Negro con Flores,” a major piece by Johan Inger, the nominee of the British Laurence Olivier Award for Best New Dance Production.

This will be the ballet company’s second visit to Korea after 2003’s “Swan Lake.”

“Ever since I watched ‘Swan Lake’ [by the Cullberg Ballet], I was in total shock and became completely breathless,” said a dance critic Chang In-joo. “I remember I have gone through all the schedules of the Cullberg Ballet every year from then on, not to miss Ek’s new works.”

Petter Lycke, an official from the Swedish Embassy in Seoul who was present at the press conference, said that it is “an honor for Sweden’s Cullberg Ballet to be chosen as a group to raise the curtain for the SIDance Festival,” and added that he wishes “this to be an opportunity for both Korea and Sweden to boost cultural exchanges.”

The Seoul Section of the International Dance Council (CID-Unesco) picked five must-see performances among the 57 acts. Aside from picking the opening performance by the Cullberg Ballet, the organizer selected Yasmeen Godder’s “Love Fire” as one of the must-see shows. “Love Fire” is one of two performances that are restricted to ages 19 and up.

According to Lee Ji-hyeon, a dance critic, Godder’s performance on stage has a “magical power that leaves everybody breathless.”

“Showing numerous overlapping metaphors of sexuality and frenzy, decadence, agony and existentialism combined with the right amount of humor, ‘Love Fire’ has its charm of removing the fantasy of love and clearly portraying one true chapter between man and woman,” said Lee. “Suitable for ages 19 and up, I express my worry for those who have fantasies about love.”

The other 19-rated program is “Amour, Acide et Nnoix” by Canadian choreographer Daniel Leveille, which is also on the list of must-see performances. He is famous for “integrating the giving and taking, the tension between excess and control, and minimalism as well as exaggeration in his works, with the naked body as his main subject and theme,” the organizer said in a statement.

“Amour, Acide et Noix” is the piece that earned Leveille international fame. Some of his works are said to be “honest about the eroticism of marginalized sexuality.”

Wendy Houstoun’s “50 Acts,” which is also on the list of must-see performances, has been selected as a closing performance for the SIDance Festival. Houstoun, a U.K. based solo performer, describes herself as “louche, rebellious, eccentric, a fighter and witty” as well as a “female Bob Dylan.”

According to the organizer, Houstoun’s works “question the norms of movement and at the same time clearly and humorously communicate about culture.”

The SIDance Festival not only emphasizes the importance of introducing dances from different parts of the world to a Korean audience, but also puts weight on the social role of dance.

“For decades, we have been hearing that dance lacks public influence or sociality compared to theater or music,” Lee said. “But I wanted to prove that it’s not true, so we have been holding various programs during the festival and one of them is a community dance.” 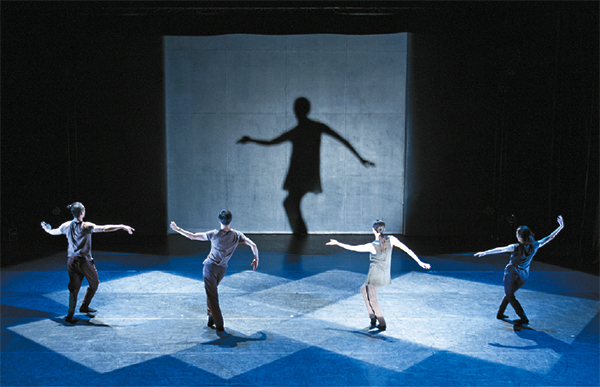 A Korea-Finland collaboration’s performance of “Double Exposure” will be held from Oct. 13 to 14 at the Jayu Theater of the Seoul Arts Center. Provided by Sasa Tkalcan


Last year, community dance workshops led by a Finnish group as well as 10 youth institutions in Seoul were said to have touched the audience with their sincerity. To follow last year’s example, Lee said that another community dance workshop will take place by the Seoul Ballet Theater by inviting homeless people to join the program.

One of SIDance’s dance extension projects is the Dancing City, which is established to expand the performing space and range of the dance audience by holding performances in various areas around the city such as streets, buildings, subways, squares, cafes, airports and department stores. By doing so, the organizers said they aim to get closer to the audience.

“The Dancing City project, which was launched in 2007, has introduced many Korean dance artists who have later been invited to many world urban dance festivals like ‘Diez de Danza’ in Barcelona, ‘Trayectos’ in Zaragoza, Spain, ‘Habana Vieja’ in Cuba and the ‘Manchester Festival’ in the U.K. And they proved their high standards,” said Lee in a statement.

This year’s “Dancing City” project will invite eight foreign teams from Nigeria, Taiwan, Switzerland, Spain, Israel, Japan and France as well as a Korea-Finland collaborative team. The performances will be held in various spots around Seoul from Oct. 5 to 20, so don’t be frightened and call the police upon witnessing weird dancers on the subway or a bus.