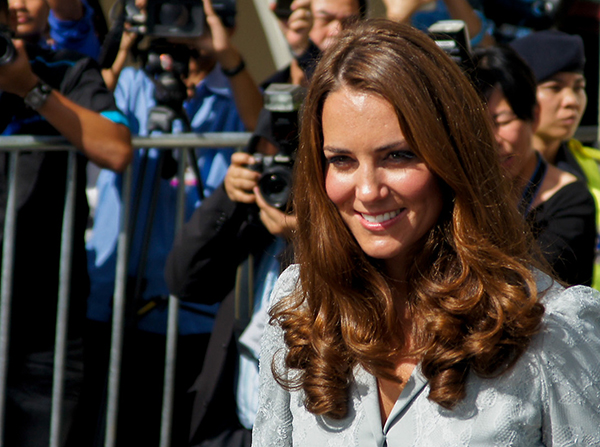 
ROME - The British royal family faced a multinational battle to contain the spread of topless photos of Prince William’s wife, Kate, as an Irish tabloid published them Saturday and an Italian gossip magazine planned to do the same despite the threat of legal action.

The royal couple’s St. James’ Palace office condemned the moves as unjustifiable and evidence of pure greed, saying it was considering “all proportionate responses.”

The Duke and Duchess of Cambridge sued French magazine Closer on Friday after it ran the photos, taken while Kate and William were on vacation at a relative’s private estate in southern France last month.

The publication has been roundly condemned by British newspapers, which refrained from publishing them out of respect for the couple’s privacy, even though tabloids like The Sun run topless women every day on page 3 and ran pictures of Prince Harry naked in Las Vegas last month.

The British media, wary about an ongoing media ethics inquiry triggered by revelations of illegal phone hacking and other intrusive newspaper behavior, has generally respected palace guidelines stressing that William and Kate should not be photographed when they are not in public.

But across the Irish Sea, the Dublin-based Irish Daily Star ran a blurry reproduction of the pages from Closer over two inside pages Saturday.

Editor Mike O’Kane told the BBC the photos weren’t included in the edition distributed in Northern Ireland, which is part of the United Kingdom. O’Kane defended his newspaper, saying that Ireland does not view the royal family the same way the British do.

“She’s not our future queen,” he told the BBC. “The duchess would be no different to any other celeb pics we would get in, for example Rihanna or Lady Gaga.”

In Italy, gossip magazine Chi, which is owned by former Premier Silvio Berlusconi, said it planned to publish a 26-page spread with the photos today.