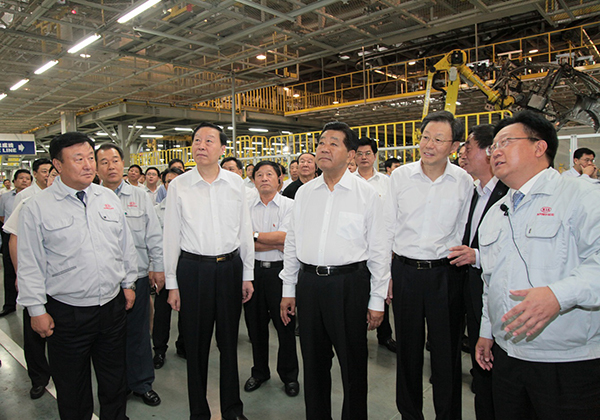 Jia Qinglin, fourth ranking leader of China’s Communist Party, third from left, tours Kia Motors’ plant in Yancheng, Jiangsu Province, on Friday. According to Hyundai Motor Group, Kia Motors’ affiliate, the Chinese official and the Korean automaker have built a strong relationship and he strongly supported the launching of a joint venture when he met Hyundai Motor Group Chairman Chung Mong-koo in 2004. Kia Motors has two plants that manufacture 440,000 vehicles annually in China. The automaker in June started the construction of a third plant in China with an annual capacity of 300,000 units. Provided by the company