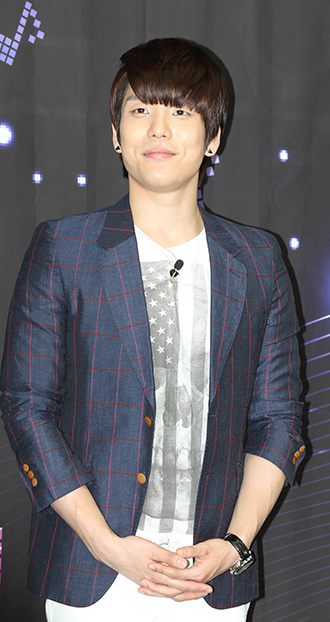 When 2AM attended a fan meet for the launch of its third Japanese EP “For You,” in Tokyo on Sept. 15, the band had a special treat for the fans.

During the meet, among some 3,200 specially invited fans, Changmin announced that from Oct. 2, he will be hosting a new TV program titled “I Am Changmin-kun” on Tokyo MX.

As well as being delighted with the news, fans were treated to the new song’s music video as well as a making-of clip.
Fans were also given the chance to pose with members and props used in the clip.

“For You” was released on Sept. 12 and is the group’s first single sung in Japanese. It managed to climb to the fourth spot on the charts upon being released.

From Oct. 23, the quartet will undertake a tour of the island nation, performing for fans in Osaka, Nagoya, Tokyo and Fukuoka.