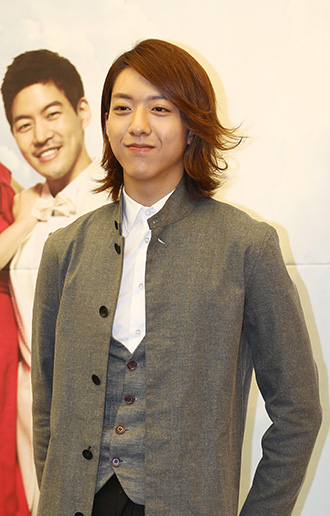 CN Blue member Lee Jung-shin’s acting skills have been put to the test and viewers of KBS’ new weekend drama “My Daughter Seoyoung” agree that he passed.

On the program, which began airing on Sept. 15, Lee takes on the role of Kang Sung-jae, a rebellious student with no scholarly ambitions. The character is the black sheep of a family consisting of high achievers.

In the first episode, Lee proved himself to be a diverse actor by posing as a model who is full of himself as well as playing the cutesy youngest child to his mother.

“I’m so glad that I got to tackle acting through a piece that I was attracted to,” said Lee, who has been practicing acting for some time.

“The members have been so supportive too,” he said upon watching his debut with fellow CN Blue members.