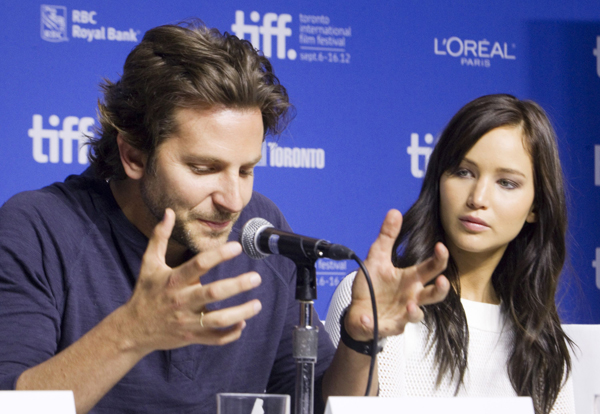 TORONTO -“Silver Linings Playbook,” a dramatic comedy about a man who returns to his home after eight months in a mental institution, won the top prize at the Toronto International Film Festival on Sunday.

The film, by “The Fighter” director David O. Russell and starring Bradley Cooper and Jennifer Lawrence, took home the BlackBerry People’s Choice Award for best film at the 37th edition of the festival.

Based on the novel by Matthew Quick, “Silver Linings Playbook” examines one man’s recovery from a personal and professional meltdown. The film held its world premiere at the festival last week.

“Just as ‘The Fighter’ to me was not about fighting, this movie to me is not about mental illness,” Russell said last week. “To me, it’s always about the people and the dynamic of the people.

Recent winners of the People’s Choice award include Oscar-winners “The King’s Speech” and “Slumdog Millionaire.”

The runner-up was Ben Affleck’s “Argo,” a fact-based thriller about an outlandish plan to get six stranded Americans out of Tehran after the 1979 invasion of the American Embassy by having them masquerade as a Canadian film crew.