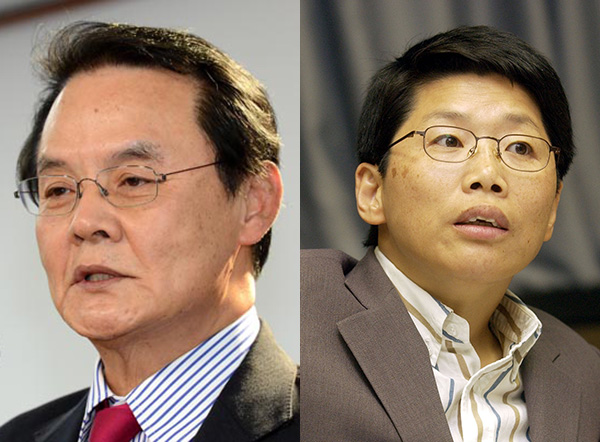 The election commission said yesterday it has asked prosecutors to launch a probe against Hong Sa-duk, a former lawmaker for the ruling Saenuri Party and chief primary campaign manager of Park Geun-hye, for taking tens of millions of won in kickbacks from a CEO, surnamed Jin, of an aggregate manufacturing corporation based in Hapcheon, South Gyeongsang, before the April 11 general election was held.

The election commission said Jin sent boxes of meat, worth 300,000 won ($268), as a holiday gift for Chuseok, or the Korean harvest festival, and the Lunar New Year last year, but 5 million won in cash was also in the box.

Jin is also suspected of handing over a bag that contained 50 million won in cash to Hong when he visited his election camp in March when he ran for the National Assembly. The election commission estimated that Jin has given Hong a total of nearly 60 million won in bribe money.

“We investigated the case on our own after we were tipped off in August,” a spokesman of the National Election Commission told the JoongAng Ilbo. It added that it has secured evidence, including pictures from Hong’s driver, who the election commission disclosed was the whistle-blower in the case.

“It is a completely forged case,” Hong said in the conference.

“The local election commission in Hapcheon already has probed the case and concluded that there are no problems. I can’t understand why people are making up this kind of ridiculous story ahead of the country’s biggest election.”

Hong, 59, a six-time lawmaker, is known as one of the key aides to the ruling Saenuri Party’s presidential candidate Park Geun-hye. He ran for the National Assembly in April in Jongno District, central Seoul, but lost to Chung Sye-kyun, a senior advisor of the Democratic United Party.

The election commission has not mentioned who allegedly gave the money to Jang. Jang ran for the National Assembly in April in Geumjeong District in Busan, but was voted out. “Jang told me that such an allegation is not true when we spoke on the phone,” Kim Hyun, a spokeswoman of the DUP, told the JoongAng Ilbo.

“She said that she and her people were never investigated by the election commission. The election camp of Park Geun-hye is making up a story to play down the bribery scandal of Park’s close aide.”