Police arrested an unemployed man in his 20s for killing his girlfriend and her mother, who didn’t approve of their relationship.

The Jungwon Police Precinct in Seongnam, Gyeonggi, said it has arrested a 23-year-old man, surnamed Park, for killing his 23-year-old girlfriend, surnamed Park, and her 47-year-old mother, surnamed Mun, at 10:53 a.m. on Sunday in her house in Jungwon District, Seongnam. The police said the suspect stabbed each of them in the abdomen several times and then turned himself in. 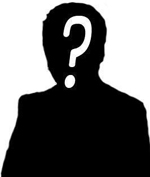 Park told the police that his girlfriend suddenly declared her intention to separate from him while they were drinking together at a bar.

“I should break up with you because my parents really want me to stop seeing you,” she said, according to Park.

He said that the parents didn’t like that he is unemployed and that their daughter came home late when she went out on dates.

At 7 a.m. on Sunday, the suspect went to her house to meet her, but only heard “stop coming to this place” from her 22-year-old brother. After arguing with the brother, he called the girlfriend’s mother and yelled, “I am also a precious son in my family!”

After hanging up the phone, the suspect went home and drank a bottle of soju. He then went back to her house with a knife and fatally stabbed the victims.

The police said the brother was out playing football and the girlfriend’s father was at work.

“We judge that the suspect killed the women as he failed to control his anger as he was intoxicated,” a spokesman of the Jungwon Police told the JoongAng Ilbo.

“He’s obviously terribly upset by what he has done and is not saying a word.”