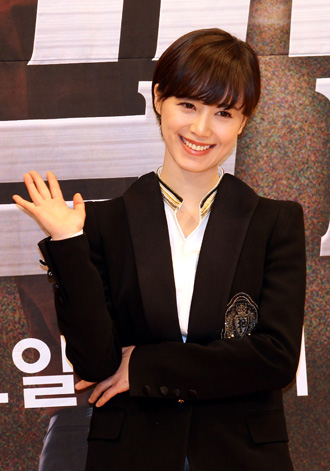 The film “The Peach Tree,” directed by actress Ku Hye-sun, will open in cinemas on Oct. 31.

The film’s distributor announced yesterday the second feature film by Ku, who established her company last year, is a peculiar love story of twin brothers.

The actress-turned-director also has a flair for drawing. An exhibition of her artwork runs until Monday at the Seoul Arts Center in Seocho District, southern Seoul.

All proceeds will go toward purchasing “clean cars,” germ-free automobiles for the Korea Leukemia Patient Group.This isn’t the first time the multitalented entertainer has given to leukemia patients.

Last year, she donated to help a Mongolian patient who had come to Korea to seek treatment.