Police said they have no idea of the whereabouts of 64 sex offenders who are supposed to be listed on the online sex offender registry and monitored by the state.

And they believe hundreds of other sex offenders are not giving full information on their whereabouts or giving false information. 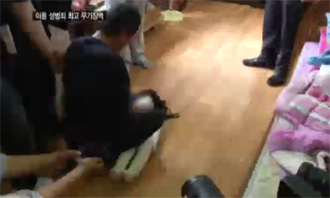 After a series of violent sex crimes, several by ex-convicts who were supposed to be monitored by the police, the state of the nation’s sex offender registry has become an issue, and authorities have vowed to tighten up on their monitoring.

To see how accurate the registry is right now, the National Police Agency said yesterday they conducted a special inspection of the 4,509 ex-convicts that are supposed to be registered on the country’s online site (www.sexoffender.go.kr).

They tracked each one down using the information on the offender registry, and the police said they weren’t able to find 64 offenders.

They were put on the wanted list to be arrested.

The police also will investigate 339 ex-convicts who didn’t post all the information required about their whereabouts or posted false information.

All of this should be given to their local police station. Some 267 had not updated their information for more than a month, even though their particulars had changed. The remaining six posted false information.

The police said there were more former offenders who didn’t updated their personal information, but it had changed less than 30 days earlier.

Under the law, ex-convicts who do not update, register or put wrong information are subject to up to one year in prison or a maximum fine of 5 million won ($4,471).

“We had troubles keeping track of ex-convicts, especially those who committed sex crimes against adults, as we only receive the offenders’ list from the Ministry of Justice once a year,” a spokesman for the police told the JoongAng Ilbo. “We are considering establishing a better system that can monitor sex offenders’ information more efficiently by taking this [special inspection] opportunity.”