Tightest of squeezes for a prison break in Daegu

Tightest of squeezes for a prison break in Daegu 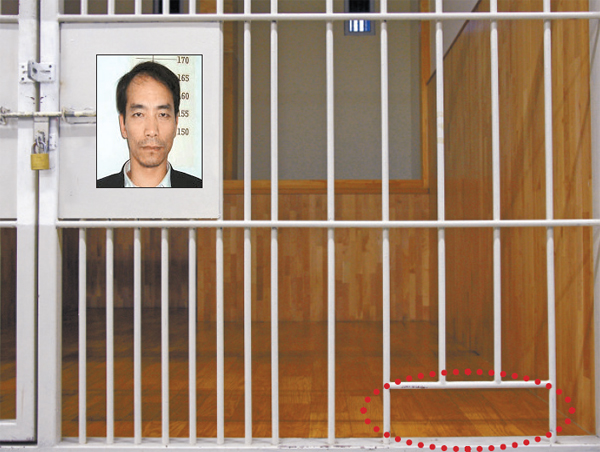 
DAEGU - The police started a manhunt south of Daegu for a 49-year- old career criminal who supposedly snuck out of a precinct prison cell by squeezing himself through bars 15 centimeters (5.9 inches) high.

Three officers were supposed to be watching the cell but two were asleep and the other was on the Internet. Three more prisoners were in the cell with Choi, but were sleeping too.

Choi stuffed his pillow and shirt inside a blanket to make it look like he was sleeping on the floor. Police said they believe Choi used shampoo on his body to help squeeze through the bars.

Choi has a record of 25 convictions, mostly for theft and burglary, but he was also convicted of raping a middle school girl in 2008. He was jailed for that and released in February.

He was arrested in July by the Daegu police for a robbery and was transferred to the Dongbu Police Precinct on Sept. 12 to await trial.

After fleeing the police precinct, police said, the suspect moved around the Dongbu area for more than 11 hours. He finally broke into an empty house one kilometer (0.6 miles) away from the precinct and stole car keys and a credit card. He bought 120,000 won ($107) worth of gas in Cheongdo County of North Gyeongsang, about 30 minutes south of Daegu, with the credit card at 10:44 p.m. Then police were tipped off by the owner of a convenience store nearby that Choi bought a pack of cigarettes, milk and a gimbab (rice and seaweed roll) and drove off in a white Hyundai EF Sonata sedan.

Police set up a checkpoint but Choi apparently saw it, ditched his car and bolted up Mount Hwaak, a 930-meter mountain in Cheongdo. Police have mobilized 200 officers and search dogs.