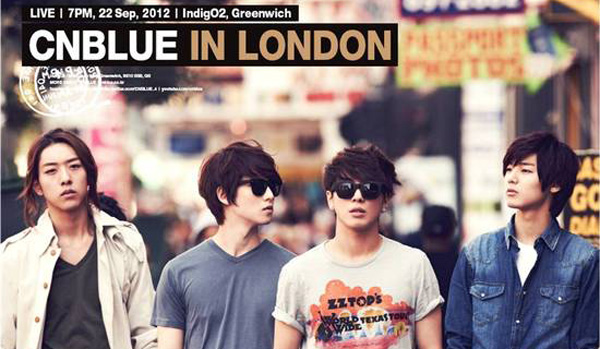 
Only a few standing-area tickets remain for CN Blue’s concert on Saturday at Indig02 in Greenwich, according to CJ E&M, the group’s agency.

The agency said it owes part of the success of ticket sales to its co-host, AEG, which also managed the band’s Los Angeles performance in March.

“Despite the fact that this is the first time CN Blue will perform in London, it looks to be a success,” said an agency spokesperson.

Meanwhile, band members said the prospect of performing for European fans was a dream come true.

“We’ve wanted to visit England for some time, and to think that we’ll be there to perform is just amazing,” said the band.

The K-pop instrumental band said that despite the language barrier, music will unite the band and fans. “We are a bit nervous, but nevertheless will give it our best shot.”

After its British performance, the band will tour six cities in Japan Oct. 2-21.