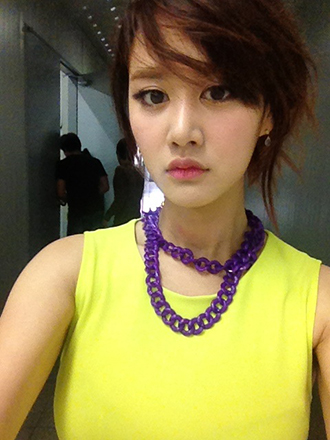 Spica’s Park Ju-hyun has denied rumors about a relationship with Jun Jin.

Just after news spread like wildfire that the newbie girl group member and the former Shinhwa member were dating, Park aired her side of the story.

On Sept. 18, Park talked to Star News and said that although she liked Jun, the two weren’t an item.

“It’s true that we are attracted to one another, but we aren’t dating,” said Park.
She maintained that as she is new to the industry, she was concentrating on her work rather than on her love life.

Shinhwa Company followed suit by denying that the two were dating.

“They do meet up now and then, but they aren’t exactly lovers yet,” said a spokesperson from the agency who had talked to Jun.

As Spica released an EP on Sept. 19, many claimed that the rumors were staged publicity to promote the new group.