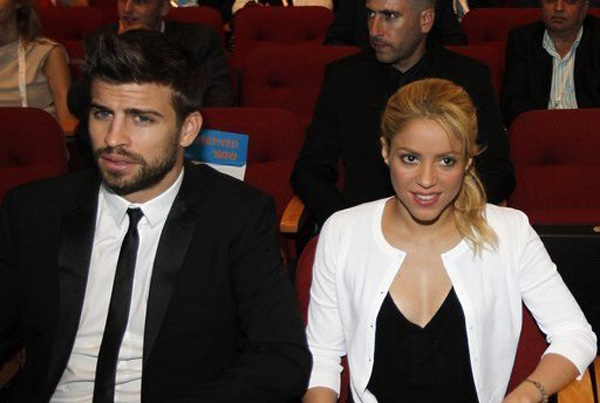 Stories speculating that the singer, who famously rollerbladed around a beach in a bikini top for her music video “Loca,” would soon become a mother have been gone viral in Latin American media for weeks.

“As some of you may know, Gerard and I are very happy awaiting the arrival of our first baby!” Shakira said in a statement on her Web site, released on Wednesday.

“At this time, we have decided to give priority to this unique moment in our lives and postpone all the promotional activities planned over the next few days.”

The Grammy award-winning diva did not indicate when the baby is due to be born.

The “Whenever, Wherever” and “Hips Don’t Lie” singer said she would not participate in the iHeartRadio Music Festival on Friday and Saturday in Las Vegas.

“But I’m sure this weekend in Las Vegas will be spectacular and I will be closely following everything that happens there!” she added.

“I’d like to thank Clear Channel and my fans for their constant love and understanding. Big kiss! And will see you very soon!”

This will be the first child for Shakira, 35, and Pique, 25, who confirmed their relationship in March 2011.

Pique, a center back for FC Barcelona, will be out for two to three weeks after hurting his left foot in his side’s 3-2 win at home to Spartak Moscow in the Champions League, the club announced earlier.

His Twitter page featured a graphic of a pacifier, with a link to Shakira’s message.

In a bid to quell the pregnancy rumors, the belly-dancing singer’s father, William Mebarak, himself spoke out in June to deny the “absolutely false” claims.

NBC television announced Tuesday that Shakira would temporarily replace pop singer Christina Aguilera as a judge on season four of reality talent show “The Voice,” along with R&B singer Usher, who will sit in for Cee Lo Green.

The pregnancy announcement comes as Shakira’s former boyfriend and agent Antonio de la Rua of Argentina is suing her over contracts that were pending after their 2010 breakup.