Toward a real race with no regrets

Toward a real race with no regrets 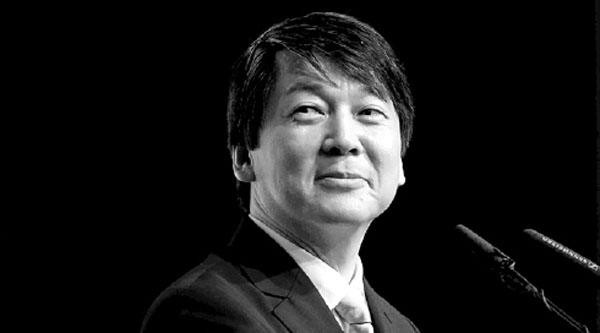 Last December, Sohn Hak-gyu met with a figure with insight into the flow of the presidential election and asked how he viewed the opposition party’s prospects. “If voters want a fresh candidate, no one can beat Ahn Cheol-soo,” he said. “If they want a candidate with sincerity, Moon Jae-in has an advantage. If they seek a candidate with experience, you will have a chance.”

Sohn trumpeted his experience as governor and minister. However, he could not overcome the sincerity of Moon Jae-in, who entered politics less than a year ago. Moon now faces a showdown with the even less experienced Ahn.

Ahn has finally left the starting line, and he is already a man of great success. Educated at the most prestigious institutions, he has made a fortune and earned great respect. But that won’t necessarily help him be elected president. Those with progressive tendencies, especially, may feel antagonistic toward him. Nevertheless, many people pay attention to Ahn because his life has been a “good success,” a rarity in Korean society. His venture business is considered to have made a bigger contribution to the community than politicians and public officials. People were charmed by the down-to-earth persona he projected at the Youth Concert and TV appearances on “Mureupak Dosa” and “Healing Camp.”

He has made some comments that may seem arrogant: “The course of my life has been a series of challenges and decisions not to settle for the present” and “I went to business school in the United States to share what I learned with others.” But his life backs up such statements. Anyone unhappy with the political establishment can find a new leadership figure in the transparent and confident Ahn.

Joining the presidential race Wednesday, Ahn added politician to his resume alongside doctor, entrepreneur and professor. Succeeding in politics surely will be his most difficult challenge. He has already somewhat undermined expectations. When asked about his intentions, he sometimes responded egoistically. He may have been overly cautious, and he has denied his delay was a political calculation. Nonetheless, his support rating has declined, and even if he is elected president, the victory could not be deemed a “good success.”

Maybe “Gangnam Style” can offer a lesson. Psy made a notable comment when the song was released in late July. “This goes back to my beginning. I am returning to the time when the public first showed appreciation for my music and presenting cheesy sentiment and cheesy dance,” he said.

Ahn should go back to his sincere, down-to-earth self. He should present his naked self to the voters. He needs to be candid about his thoughts and philosophy.

Only then will voters be able to make a decision.

* The author is a deputy political and international news editor of the JoongAng Ilbo.