Refusing to yield to government pressure to close its stores on Sundays, the Korean unit of U.S. retail giant Costco Wholesale sent letters to its members recently informing them that it has no intention of abiding by the ordinance, which is aimed at helping smaller stores by tamping down on large discount retailers.

Costco posted a notice on its Web site claiming that its members, employees and suppliers have suffered losses due to what it described as the “illegal enforcement” of the ordinance mandating that it close its stores nationwide for two Sundays a month. Costco claims the local governments failed to canvass public opinion and other legal requirements before adopting the law. 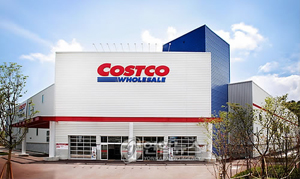 Individual Costco members pay an annual fee of 30,000 won ($26.70) to be able to purchase products from its stores, while business members pay a yearly fee of 35,000 won.

From earlier this year, local authorities in Korea have prohibited large retailers from doing business on the second and fourth Sunday of every month to help protect traditional markets and mom-and-pop stores.

However, some local courts have upheld the injunctions filed by the large discount chain stores to scrap the ordinance in some areas.

“We initially complied with the ordinance and closed our stores every second Sunday for the first six months,” said the notice, which was posted under the name of Preston Draper, Costco Korea’s country manager.

“However, as the local courts all but nullified the ordinance by defending large discount chain stores and accepting their claims to ignore it, we also decided the ordinance will not be applied to our business operations,” it added.

Prior to the notice, Costco caused a controversy by notifying district offices in Seoul that it will start opening its doors on the mandatory holidays without going through the courts to seek legal justification.

Costco said in the letter it was “unreasonable” to make it a target on the grounds that it avoided litigation.

“Some Super Supermarkets [SSM] and large retail discount chain stores followed the ordinance for a short period, but soon resumed operating every Sunday from early July. The law should be applied equally to all parties concerned, so will resume operating on Sundays,” the note said.

Meanwhile, the Seoul Metropolitan Government and district offices are seeking to impose a 30 million won fine on Costco for unilaterally opposing the regulation in such a brazen manner.