A blast from the past

A blast from the past 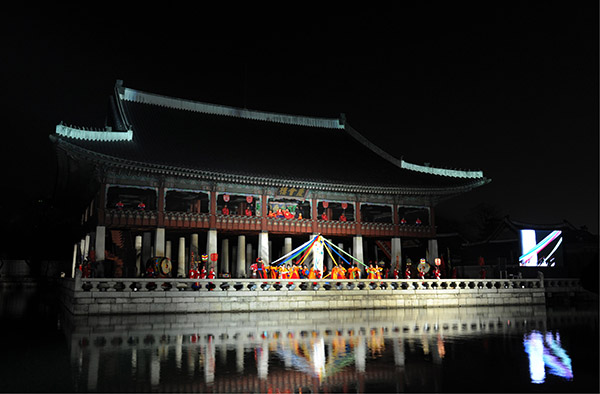 “Yeonhyang” is back. The performance, which roughly translates to “a banquet for state guests,” is held on the Gyeonghoeru Pavilion in Gyeongbok Palace. It was so popular last spring that it has expanded its program for the fall. While it was performed only three times in the spring, it will be held six times next month. The performance will feature modern elements such as media arts and traditional elements such as pansori (narrative singing), folk songs and tightrope walking. Tickets cost 30,000 won ($26). For more information, visit www.chf.or.kr or call (02) 3011-2154. Provided by the Cultural Heritage Administration