Swiss not neutral on this one

Swiss not neutral on this one 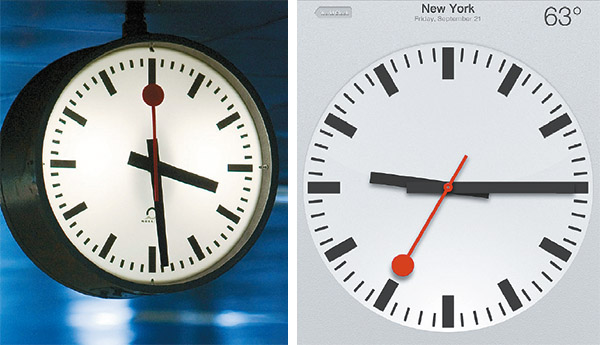 This combination of two images shows a Swiss railway station clock in Zurich, left, in this September 2005 photo, while the screen shot on the right is taken from an iPad displaying a clock symbol as part of Apple’s new iOS 6 in New York on Friday. Switzerland’s national rail company is accusing Apple of stealing the iconic look of its station clocks for the new operating system used on its mobile devices. Both designs have a round clock face with black indicators, except for the second hand, which is red. The rail company is now seeking compensation. [AP/YONHAP]