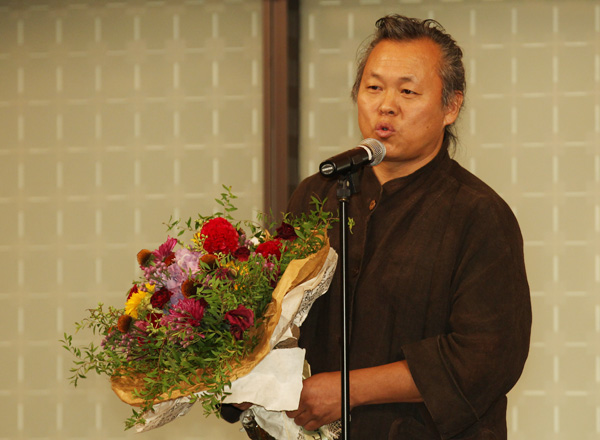 
As his award-winning movie “Pieta” reaches 500,000 in ticket sales, director Kim Ki-duk has vowed to pull the movie from cinemas on Oct. 3.

Kim said that as a staunch promoter of independent, homegrown talent, he will forego any more profit generated by his movie.

“Foremost, thank you so much to the Korean public for watching a movie that is neither a blockbuster nor an entertaining comedy,” said Kim through his movie’s distributor.

“One thing I always envied about the film scene abroad was that movie patrons aged from their 20s to 70s could watch the same genre and then discuss it together, and it seems like ‘Pieta’ has achieved just that.”

The winner of this year’s Golden Lion at the Venice Film Festival said that 500,000 “felt the same as hitting the five-million mark.”

“There are countless films out there that won’t get a chance to screen due to politics at multiplex theater chains,” explained Kim. “In a bid to give other visionaries a chance, ‘Pieta’ will no longer be at theaters.”