The Boss, with mom, celebrates 63

The Boss, with mom, celebrates 63 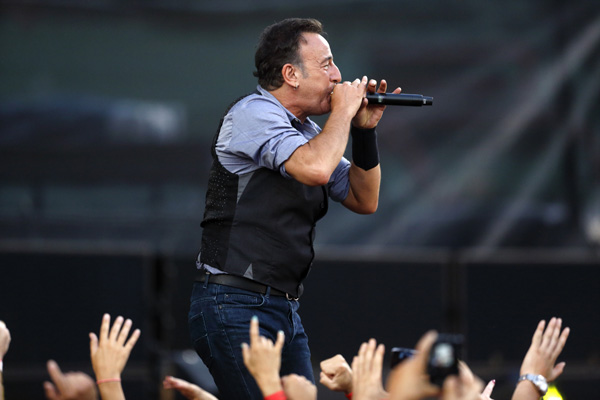 Adele Springsteen danced and sang background to “Twist and Shout,’’ walking offstage with her son and his band. Her only concession to age was a pair of hastily made earplugs.

She watched as her son cut a giant birthday cake in the shape of a guitar, passing out pieces to some audience members.

His show in MetLife Stadium was delayed three hours Saturday by authorities because of a downpour and worries about lightning. Thousands of fans clustered on indoor ramps waiting for the rain to stop.

When it did, Springsteen and his E Street Band took the stage at 10:30 p.m. to the strains of Wilson Pickett’s “In the Midnight Hour,” a song they performed when the clock hit that mark. They also covered Creedence Clearwater Revival’s “Who’ll Stop the Rain,” and it worked.

He said it had been a long time since he had performed on his birthday.